These collections of short stories, under the title BROKEN BRIDGES, were written back in 2003.  They will be re-posted here on asmarino website in the coming weeks and months – one at a time.

So, here is the first part. 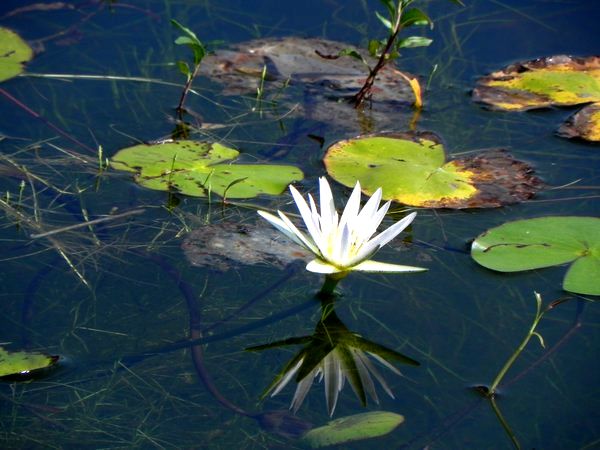 He couldn't figure out where his father began and his own sons and daughters ended. He was like a broken bridge that forgot it was a bridge. He sometimes saw himself as the fading carpet in his sitting room.  It was left with no coherent design on it. He was totally unaware of the hands that wove it and would step on it everyday but never quite feel the ground upon which it remained fixed.

He was like an island incapable of seeing the flowers that floated around while some of them had already drowned.

If he did see, it didn't show.

He sometimes gives the impression of a dead man walking - altogether disconnected from his centre of gravity and detached from his own surrounding. But he had a sense of purpose no one could put together.

It was 1929 or so he imagined. Deve essere nel mille novecento venti nove - as he would put it in Italian. It must be 1929 - he would repeat himself in English without giving any point of reference. With him, everything is a must. Whatever he couldn't understand mustn't be. He had no patience to find out.

When it came to time - especially when it comes to telling the hour and the year - he never used his mother tongue. Nobody knew why it was that way. Perhaps expressions like ሓሙስ alle quatro, ሰኑይ alle sette mezza or Dicembre nineteen forty-eight should be preserved for their historical value. If asked to at least explain what he thinks about these expressions, he would probably decline by saying 'what for?' ንምንታይ? Ma perche?

He didn't have a coherent sense of his past. It was all scattered here and there, spread out in a multi-lingual, semi-detached cultural space.

Anyway, 1929 was the year, give or take three, he came to this world of living tissues, organs, bones, blood and filth. The minute he arrived, he was a fitting representation of a well-organized chaos wrapped in skin. He cried a lot, his mother had said. It was as if he had voted or opted not to be born. He made me feel he had a previous life – a born-again disaster, she went on. Ever since then, 1929, plus or minus three, he seems to be running away from something and it was his recurring nightmare.  Like a detached shadow, it would run alongside, behind or in front of him forever.

No rest for the wicked, he would occasionally say as a fully developed human. He never contemplated on or about the ground he stood on. He kept on running away from it in a way that would be of no benefit to him and, as he loved to call them, his coming generation.

Contemplation? Forget it. ስራሕ ኣይስኣንኩን፡፡  Non sono un prete! He never liked priests. They are only good for praying. That was one of his mantras. እዛ ዓለም ቃልሲ'ያ and he would qualify that with a saying in Arabic. For him, life was a war and living became a daily engagement in never-ending trench warfare. He would come up with phrases like 'we are all dust' with no ring of wisdom in his tone of voice. He seems to say it just because it was a saying. La lotta continua ይብሉ ጥልያን፡፡  A man must fight life to the death! Another of his mantras. It was a struggle alright! The enemy was everywhere. If there weren't any, he had to manufacture some from somewhere. You could be my enemies one day, he says to his own sons and daughters. Having an enemy was like falling in love. Irresistible, either way. ግድ የለም፡፡  Never mind. ግደፎንዶ፡፡  Tomorrow is another day, he says and goes to rest for the night.

In short, he was a concoction of spirits that didn't quite make it to the taste of a proper cocktail.

There was something missing. It wasn't cool enough. Not quite right, as the English would say.

Ice and a slice of lemon?

Yes, please. That will do nicely.

He couldn't speak French and had never met one.

He simply said Cosi bene! and raising the glass, he says, per La Regina!

He is never at home or at ease with his being and becoming. God didn't do justice to my existence, was one of his frequent moans or

He refers to god with different languages depending on the kind of subject he immerses himself in.

He goes on moaning.

I was born at the wrong time, the wrong place and with the wrong kind of people. In fact, he concludes, I shouldn't have been born at all.

An old friend asks. እስከ ንገረን? Per favore?  Where, when and in what kind of surroundings do you wish to exist then?

He responds. Anywhere, anytime and with a kind of people other than the ones I am with at the moment.

In other words, in any combination other than the one he found himself stuck with. Wretched existence it was, the way he saw it. Unfit for a meaningful life.

He keeps on moaning in silence.

He was an exile, a migrant and an internally displaced or misplaced individual long before the terms circulated in hard currency. He was not quite aligned with his centre or soul for that matter, despite all the benefits he had in comparison to those who are facing - face to face - the same fate in the 21st century. Internally or externally displaced.

His mother was right.

At one time, he was almost left for dead. He would muse about a near-death-experience that he really does not remember. Had my mother not insisted to carry me despite my condition, I wouldn't be here now and nor my children. He says it with a mask of blank perplexity -  a facial expression too laborious to construct..

What happened? The friend wanted to know.

ጥሜት! Famine! He says, with that fused look.

They call him Bashai - by the way and by way of reference or interference.

It means 'Sir' in English, he translates with a must-be undercurrent and claims immunity to the why or ዋይ::

The old friend disagrees. ኣይኮነን፡፡  Not really. No way. No, Sir.

An enigma as he was, he would put a face and laugh with his eyes.

He is one of the last few remaining broken bridges that made it to the second decade of the 21st century in one piece. What held him together with all that turmoil inside was a conundrum that required some sorting out.