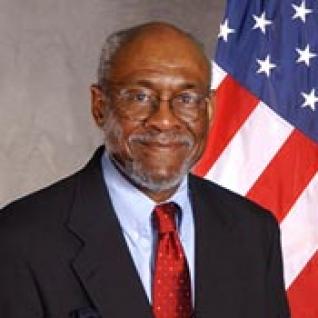 WASHINGTON, June 8 (Reuters) - Eritrea is playing an unhelpful role in nearby Somalia and must cease its actions there if it wants better relations with Washington, the Obama administration's top diplomat for Africa said on Monday.

U.S. Assistant Secretary of State for African Affairs Johnnie Carson pointed a finger at Eritrea for stoking hostilities in Somalia, whose government is battling militants.

"The role that Eritrea has played most recently has not been particularly helpful in helping to bring about a return to political stability and normalcy there (Somalia)," Carson said in an interview with Reuters.

He accused Eritrea of "aiding and abetting" the movement of arms into Somalia and of supporting the militant Islamist group al Shabaab and its leaders.

"We would like very much to have good, normal relations with the government or Eritrea but that is predicated upon Eritrea acting as a responsible citizen in the neighborhood," Carson said.

"If Eritrea is prepared to be a responsible player in the region and to act responsibly in its governance, then the prospects are good for a better relationship," he said.

Eritrea's key rival, Ethiopia, sent thousands of troops into Somalia in 2006 to help topple the Islamist movement holding the capital Mogadishu and most of the south. Those troops pulled out early this year but Ethiopia has kept a heavy border presence to counter any threat from Islamists.

But Western analysts say Ethiopia and Eritrea have been fighting a proxy war in Somalia. The two countries still are bitter over a border conflict in which 70,000 people died.

Last week, Addis Ababa acknowledged its military personnel had been carrying out reconnaissance missions into Somalia but Carson said he had no indication the Ethiopians had returned with any "large combat elements."

In addition, Carson said refugee camps in Kenya were overflowing with tens of thousands of Somalis flooding into the north of the country every month.

Kenya is suffering its own political problems, with its coalition government criticized for not tackling corruption or implementing reforms fast enough.

"We are concerned about the slow pace of implementation of the Kofi Annan accords which brought an end to the violence which occurred after the very flawed December 2007 process in Kenya," Carson said, referring to an agreement brokered by former U.N. chief Annan.

"If Kenya is to make both political and economic success and gains, it has to move swiftly to resolve these political issues," Carson said. (Editing by Bill Trott)