Eritrea is ranked #53 among the countries with the largest dollar amounts in the leaked Swiss files. See full ranking >>

The maximum amount of money associated with a client connected to Eritrea was $695.2M.
How much is this for Eritrea?
Eritrea's GDP per capita was $253 in 2007. (Source: World Bank)
24 client accounts opened between 1981 and 2006 and linked to 39 bank accounts.
32 clients are associated with Eritrea. 28% have a Eritrean passport or nationality. 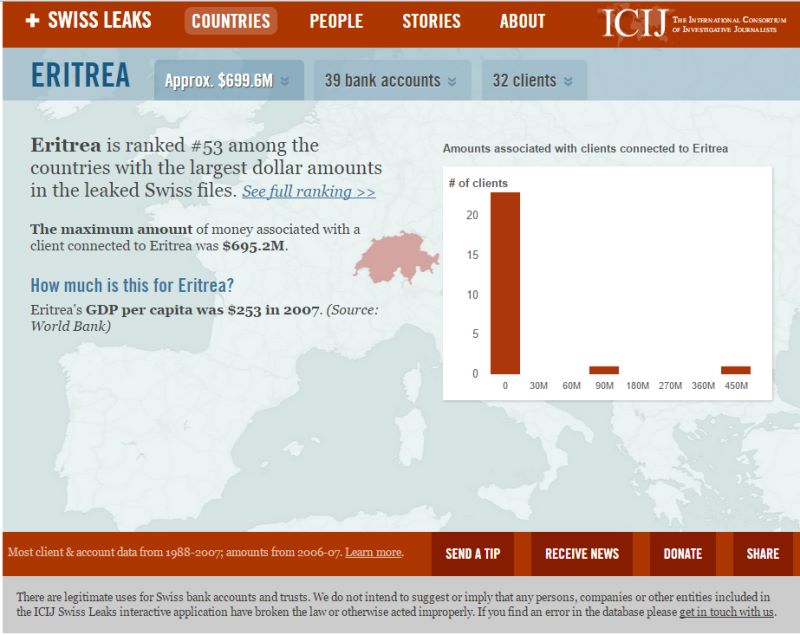 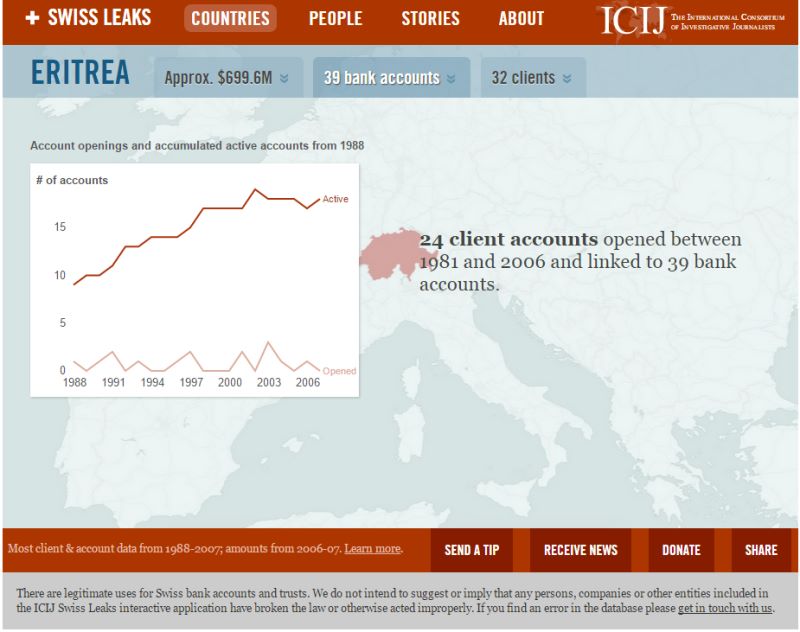 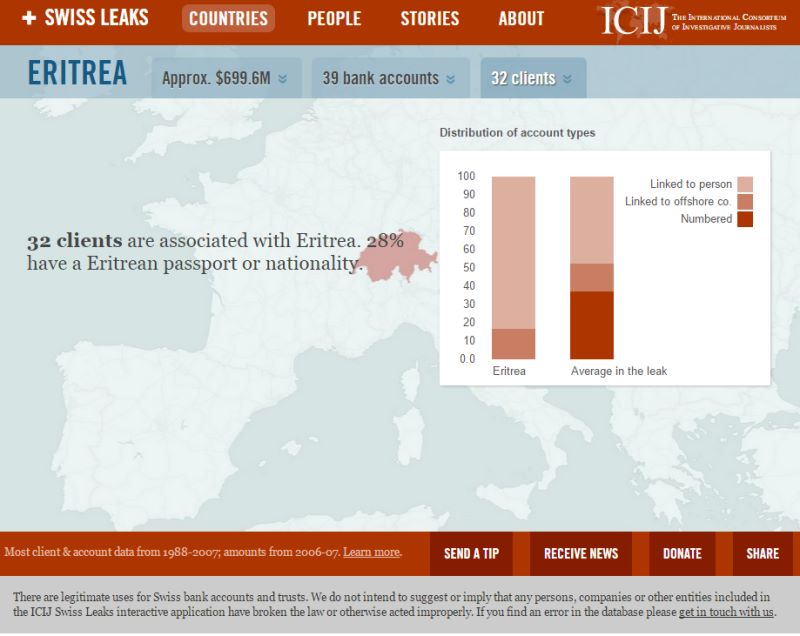