Asmara was this afternoon in the grips of the worst giffa (raids) that the city had seen for a long time. The raids weren’t carried out by Demhit (TPDM) but by Eritrean forces who mounted a well coordinated surprise attack at a time when many residents were out and about.

There were power cuts for most of the evening, and power was restored only after the raids ended.

However there was a lot of cooperation among residents who were informing each other of the various hot spots and hiding places. The young people named the armed forces ‘the gunners’ or ‘Arsenal’ and were using footballing codes to keep each other informed.

The raids were targeting young men who should be at the National Service as well as older men between the ages of 40 and 60. 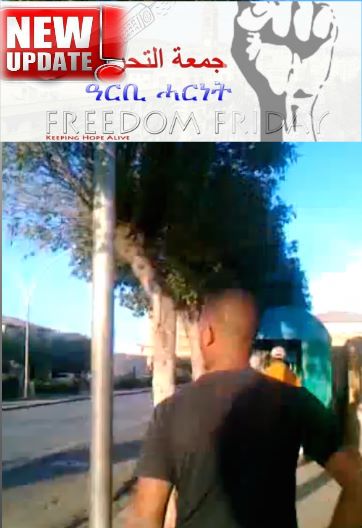