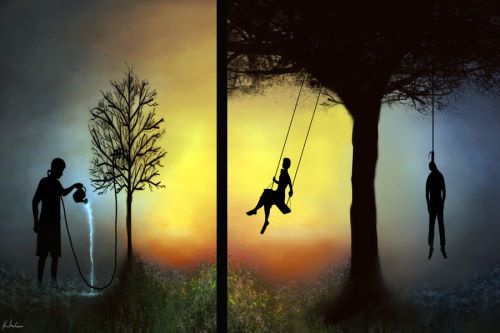 The movement was known for it’s ingenuity
school for the orphans and cared for the needy
limited resource, and boundless dedication
to alleviate victims from their situation

Survived the impossible, and attain the unattainable
distinguished character, “all for one, and one for all”
reputation earned throughout the struggle
shocked the world, and began to excel

Under difficult circumstances and reality
you and her, manage to bring victory
confidence gained, and people were ready
build on success, to repeat history

Abandoning the host, to serve the new nation
to fulfill a dream, risk all, with no reservation
health workers, entrepreneurs & educators
flock to the land, for the nation building projects

Scholars, nationalists and investors included
a strategy designed, and financiers approved
euphoria filled the air, exodus to the promise land
favored by the big, and the diaspora to lead

Freedom brings hope, from years of despair
the little giant awakened, to work her miracles
determined to achieve, what has been lost
hoped to compensate for difficult past

The desire to emulate singapore and malaysia,
to an open air prison, and compared to North Korea

The wish to be the beacon of civilization,
results in isolation from regional and global institutions

The hope for the youth to emerge as the backbone of the society,
turns to a regular news, as a headline story, on every tragedy

As the untouchables, and the unwanted elements,
lived as an orphan, flee as an adult, at the mercy of traffickers
suffer under smugglers and border patrols,
from refugee camps, deserts, and capsized boats

It may not be late, if the little giant re-awakens
to undo the tarnished image across the continents
it is an isolated, and outcasted system run by a few
no one else, as you often been told, the messiah is you!