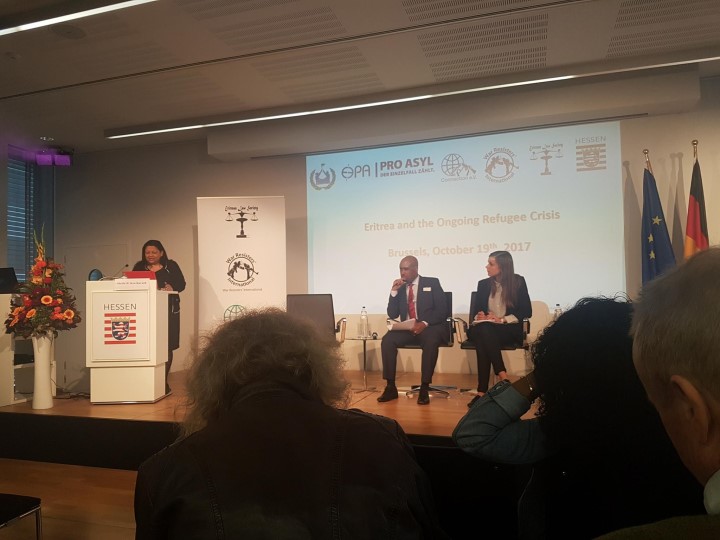 Statement issued by the Brussels conference on Eritrea

As more than 30 organisations, who are currently meeting in Brussels on the issues facing Eritrean refugees, we note with deep concern the statement of the President of the European Council, Donald Tusk [Thursday 19 October 2017] saying that: ‘We have a real chance of closing the Central Mediterranean route’.

Mr Tusk was commenting on decisions made by EU leaders at yesterday’s summit in Brussels, which agreed to offer Italy more help with Libya in shutting down the sea route for refugees and migrants, by stepping up funds for a special fund for northern Africa.

The EU is already working with Libyan coastguards to forcibly return Africans to Libyan detention camps in which rape, torture and slavery are routinely practiced. Finally, closing the Central Mediterranean route for refugees desperate to escape Africa’s notorious dictatorships will have a disastrous impact on people – many of them children – who have risked all to flee from repression.

We urge European politicians not to adopt this fortress Europe policy, turning their backs on the most vulnerable refugees and betraying the sacred principles enshrined in the human rights and other treaties they are signatories to.