Amnesty International (AI), Christian Solidarity Worldwide (CSW), International Federation for Human Rights (FIDH), Human Rights Concern – Eritrea (HRCE), and Human Rights Watch (HRW), organised a side event on 24 October 2013,  from 14:00 – 1600, at Bahai'i International Community Office, United Nations Office, in New York,  under the theme of 'Eritrea: Voices of Victims,  Stories of Survivors and Families of Eritrea's Repressive Regime'. On the same day, in the morning, the United Nations Special Rapporteur on the human rights situation in Eritrea, Sheila B. Keetharuth  had an interactive dialogue with the Third Committee in the General Assembly in New York, in connection to agenda item 69 (b,c), Promotion and Protection of Human Rights (the first time Eritrea's human rights situation was heard in the General Assembly). 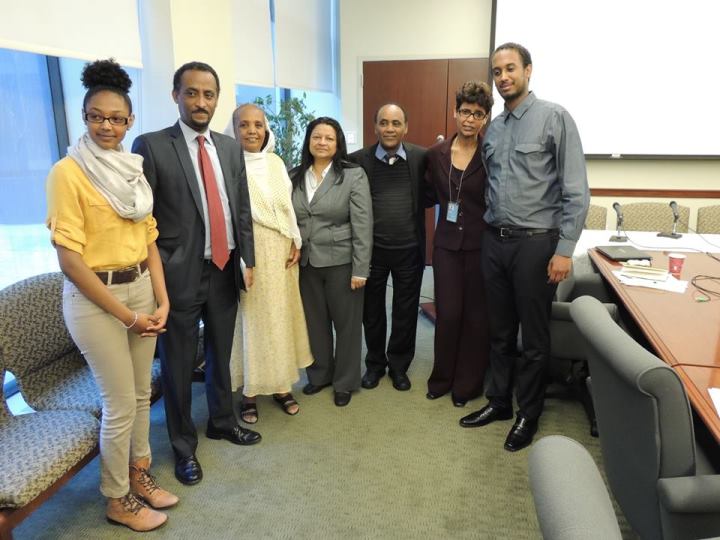 Speakers at the, side event were :

Saleh Yonus (Brother of ex-Minister who fled Eritrea in November 2012, due to political persecution, whose father, brother and niece are detained incommunicado due to his defection)

The family members of those who are languishing in Eritrea's prison brought out the voices of their loved ones. The inner pain each and every one​ of them have been suffering was very visible during their intervention. Attendees of the event were deeply touched and some were weeping.

The youngest speaker was Meaza Petros. She was in agony when she delivered her  testimony. She was comforted by her grandmother and her brave brother Zerai Petros who was courageously standing in front of her, as he was trying to record her testimony; but he  was equally in pain too. It must be heart-wrenching for him and the rest of their family.

Meaza said, “The country my parents helped to liberate has made me an orphan." She was right.  Both her parents fought for Eritrea's independence. They had helped rebuild the country after
independence. They have never been formally charged or brought before a court of law. They have been cruelly punished by the lawless tyrant  President Isaias Afewerki. 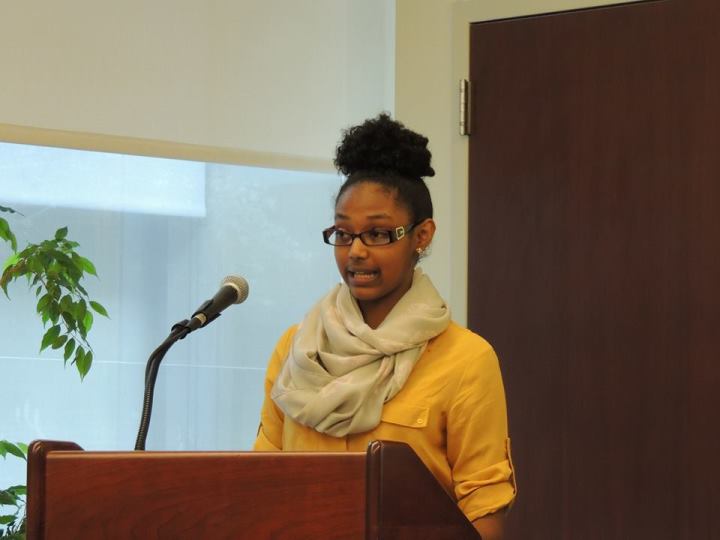 Herewith Meaza Petros's moving testimony at the side event:

My name is Meaza Petros. I was born in Asmara, Eritrea in September 1997. I am 16 years old and the youngest of four.

I am going to share what I have been told about my parents. I remember very little. I have not seen my mother since I was 2. The last time I saw my father was when I was 4.

My father Petros Solomon fought in the Eritrean war for independence  from Ethiopia. He was a commanding general and head of intelligence. He and my mother Aster Yohannes met as freedom fighters during the last 11 years of the war.

In 1991 when the war was over, they returned to the capital city of Asmara to raise their family of four children and to build the new nation of Eritrea.

In 2000, my mother Aster came to the US to get a degree in marketing to help build Eritrea's fishing industry. She planned to stay two years. Her mother and my father promised to take good care of us while she was away. We were so proud of her.

Meanwhile back in Eritrea by 2001, the new government had not implemented the constitution. Promised elections were postponed over and over again. Another war with Ethiopia between 1998 and 2000 was blamed for the delay.

My father and 14 other high ranking Eritrean government officials, the G15, decided to call for democratic reform.

They were arrested on September 18, 2001 along with all the journalists in the country.

It was early in the morning. I was 4 years old. We were still asleep. My father went out for his early morning run and never came back.

He and his colleagues and the journalists were never charged or tried. They all disappeared and have never been seen again.

When our father disappeared, we children were all under 11 and alone except for our grandmothers. Our father was gone, and our mother was far away in the US.

Our mother was frantic when she heard the news of my father’s arrest. She was afraid to return to Eritrea, so she asked the US for permission to bring us four children to the United States.

When she requested permission from the Eritrean government for us to leave the country to join her in the US, she was denied. In a  personal note, President Issaias Afewerki gave her, and I quote, “brotherly advice to return home to care for your children.”

Eritrean Ambassador to the US Girmay Asmerom added his assurance that she would be safe if she returned to Eritrea. With that guarantee, but against the advice of family and friends, our mother Aster followed her heart and came home to us.

On December 11, 2003 while we four children waited excitedly in the Asmara airport to see our mother, she was arrested as she stepped off the plane.

Before she could hold us in her arms and cover us with tender kisses, she was taken to a secret place where no visitors are allowed. Like all prisoners in Eritrea, she was never charged or tried.

At the time of my mother’s disappearance I was 6 years old. It was hard for me to  remember her face unless I saw a picture. I remembered her voice on the phone because she called so often during her 4 years in the US. For a long time I didn't know the whole story because my family wanted to protect me because I am the youngest.

Our dear grandmothers and other family members have cared for us, but we have missed the loving presence of our wonderful parents. They do not know what fine young people we have aspired to become in spite of the loneliness, fear and hardship we have faced without them.

We live every day with the fear that our parents are mistreated. It is widely known that Eritrean prisoners are kept in underground cells or metal shipping containers. We aren’t even sure if our parents are still alive.

So you may wonder how I came to be here today.

In 2009, like thousands of other Eritreans, my maternal grandmother and I escaped. We got lost and had to walk for hours in the desert on a moonless night. We were at the mercy of smugglers who fought over us and demanded more money. After escaping, we remained in hiding until we were granted asylum in the US.

This is a story about human rights abuse, but it is also the story of a family, my family and the ways in which the rights of my family members have been violated. Every family in Eritrea has the same story of abuse at the hands of an unelected government. I pray it ends before more people die trying to escape or trying to survive in the prison Eritrea has become. 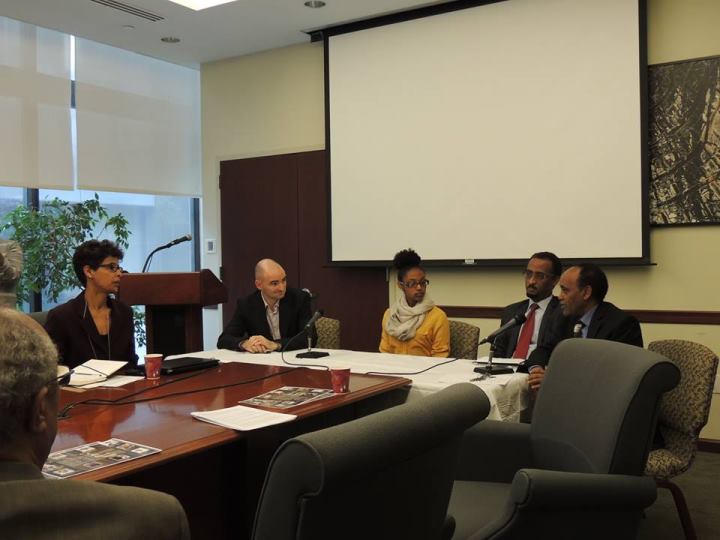