Tesfaldet Meharenna
Asmarino.com
This email address is being protected from spambots. You need JavaScript enabled to view it.

I, like so many citizens, was shocked and dismayed to hear the report of the many refugees who perished in the Lampedusa boat tragedy off the coast of Italy. Many in America were reminded of the perilous journeys at sea in which the Cubans and Haitians embarked upon during the 70’s and 80’s. In the days since the tragic Lampedusa boat sinking due to massive overcrowding the world has learned that the victims hailed from the tiny nation of Eritrea which sits on the horn of Africa. News agencies far and wide told of just how these people were fleeing from a repressive autocratic regime. The current United Nations Human Rights representative assigned to monitor Eritrea has reported wide spread human rights violations within the country.

It has been often said that this is the century of the refugee. Those words were spoken by Mr. Lionel Rosenblatt from Refugee International during an interview with Barbara Crossette for the New York Times. It was a remarkable piece of journalism in that it gave profound insight into the plight of a refugee. Mr. Rosenblatt stated, “There’s no reaction from the world. There’s no focus, and it’s going to get worse. Bad men and bad leaders abound…The pattern is cropping up everywhere, really stretching both the attention of the world and its capacity to respond.”  These words were spoken over a decade ago and are more prevalent today than ever before. 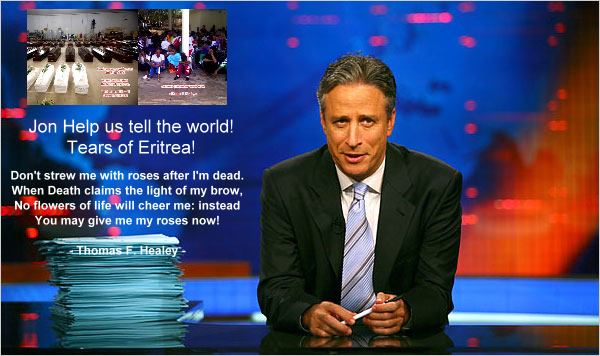 Countless books have been written detailing the struggles of the Eritrean nation and its circumstances. One author of note is Professor Dan Connell. He is considered a leading expert on the country and its people. According to his website, during the early 1990’s Professor Connell  made his way across Europe to Addis Ababa via Cairo and Khartoum where he initially set out to study Ethiopia's self-described "socialist" revolution, then supported by the U.S. But he soon re-focused on the largely hidden war for independence in Eritrea, a former Italian colony that Ethiopia annexed after World War 2, which the "revolutionary" regime was prosecuting with renewed intensity.  Hitchhiking into the war zone on a government supply convoy, he crossed guerrilla lines to reach the besieged Eritrean capital, Asmara. There he witnessed the assassination of a high-ranking Ethiopian official and its bloody aftermath—the execution of dozens of civilians. His report on this massacre appeared on the front page of The Washington Post. It is also the basis for the opening chapter of his book, Against All Odds.

He has written several books on Eritrea, its politics and its people. His writing is concise and informative. It’s often suggested that when writing about dictatorial governments the script usually write itself because so many dictators share many of the same traits and modus operandi of repression. However, Professor Connell brings forth the resilience of the Eritrean people as they struggle to bear the wayward and back ward governing of a repressive regime. Since the publishing of Professor Connell’s book more reports than ever before are exposing the atrocities being committed by the regime. Reports of false imprisonments, unaccounted disappearances, restrictions on assembly, restrictions on speech, shoot to kill border crossing, and rising numbers of malnutrition. In the spirit of urgency many who have witnessed the suffering are giving firsthand accounts of their harrowing ordeal. One such riveting account is of that of a teenage girl, Maaza Petros whose parents went missing after last seen in police custody. She is a well-spoken young girl and although she now lives in the United States, judging from the recent interview she granted to the public access news Sahara TV, its painfully apparent that she is a broken child searching for answers in the dark, all while having to endure closed doors, doors that have been forcefully slammed by the Eritrean government. Her interview is impactful an unfortunately it is one of many such accounts trickling out of the country it can be seen at http://www.youtube.com/watch?v=rYX5YnKOFJs . Her youth and steadfastness attest to the will of the people to speak out and be heard. It’s people like Maaza and her family that are trapped between the pages of Professor Connel'ls book, granted, after one has read between the lines.

I sincerely hope that a worthy organization such as The Daily Show would invite a noted author such as Professor Connell to discuss his book and talk about reason why Eritreans are fleeing their country. Let the question be asked as to why a people would flee the places which gave meaning and dignity to their lives. A quick cursory internet search of the plight of a refugee quickly reveals life within camps of first asylum are keenly overcrowded, wrought with insecurity and given a nations policy of deterrence a once sympathetic camp can soon morph into a prison like holding. Even when humanely treated, the refugee still feels humiliated and hopeless. My God, who wants to be subjected to a life as a refugee? It’s an awful state of flux. I think there are more global minded citizens other than myself who would love to see Mr. Jon Stewart interview Professor Connell and ask the probing questions that bring about awareness.

Professor Connell can be reached as follows: