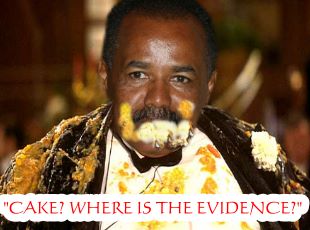 ADDIS ABABA — Six former Eritrean government officials and a number of journalists have died in prison since their incarceration nearly a decade ago, a former prison guard said on Thursday.

The six were among the eleven members who were subsequently rounded up and sent to the remote Embatkala and Eraeiro camps where temperatures can soar to up to 50 degrees Celsius (122 F).

"Ogbe tried to commit suicide but failed before he succumbed to asthma six months later in 2002. Mahmoud died from a neck infection in 2003," Eyob Bahta told journalists three months after fleeing to Ethiopia.

"The other four all died from illness and heat exhaustion. They were never given proper medication or food," he added.

The former guard said the remaining five were still alive but extremely ill, including former foreign minister Haile Woldetensae, who has lost his sight while in prison.

Eyob, who took his position as head of the camp's ten guards a month before the round up, said there were 35 inmates in 2001 but 15 have died ever since, including five journalists.

"One of the journalists had committed suicide, while the rest all died of illness," he said.

Swedish media and rights groups demonstrated Monday demanding the release of Swedish-Eritrean journalist Dawit Isaak, who is one of the inmates.

The groups called on the European Union to halt aid to Eritrea until his release as well as the closure of the "death camps".

Authorities in Asmara were not immediately available for comment.

Rights groups say Eritrea has turned into a "giant prison" where detentions, torture and prolonged military conscription have become rife since a 2001 crackdown.

An Ethiopian refugee agency says up to 2,000 mostly young men and women were now crossing the border each month to "avoid excessive repression, gross human rights violations and forced conscription into the army."

In addition to the 49,000 Eritrean refugees in Ethiopia, hundreds arrive every month to neighboring Sudan, according to the UN's refugee agency.