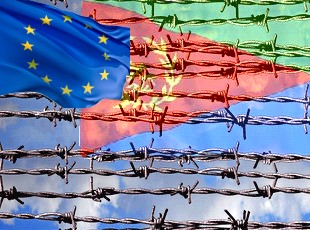 The European Union should halt aid to Eritrea until a Swedish-Eritrean journalist and other prisoners at an Eritrean "death camp" are released or given a fair trial, Swedish media and rights groups said Monday, to mark World Press Freedom Day.

Demonstrations across Sweden also demanded the release of Swedish-Eritrean journalist Dawit Isaak, arrested in September 2001 with a dozen newspaper owners, editors and journalists accused of being Ethiopian spies.

He and other reporters and opposition politicians are reportedly being held at the high-security Eraeiro secret prison near Asmara where a former guard said conditions are extremely harsh and Isaak appears to be in poor health.

"The EU's aid to Eritrea must gradually be halted," the Swedish chapters of rights groups like Reporters Without Borders and PEN, and journalist and publishing associations, said on World Press Freedom Day.

It should be stopped "until the Eraeiro death camp is closed, its prisoners are given medical care ... and released or given an open trial on the 'crimes' they are suspected of," they wrote in an opinion piece in the Dagens Nyheter daily.

According to the piece, the EU's total aid package to Eritrea in coming years totals 312 million euros (413 million dollars).

The appeal came amid new reports on harsh conditions at the jail and as a number of demonstrations across Sweden Monday also called for the release of the reporter, now 45.

"The Swedish government has been talking with Eritrea now for nine years. It is time to stop talking. We need to halt aid and freeze all international contact with the Eritrean government," said Leif Oebrink, who heads up a support committee for the imprisoned journalist.

"That's the only thing that will help. Money talks," he told AFP on the sidelines of a small demonstration in Stockholm.

"The prisoners are dying one by one. How long will it take before the world reacts and puts pressure on Eritrea to release the political prisoners?" he told the TT news agency.

Last month the first information in years pinpointing Isaak's whereabouts and describing the conditions of his detention emerged in Sweden, and on Monday new accounts from a former guard at the Eraeiro prison surfaced.

Isaak "complains all the time, asking for 'medicine, medicine', ... I think he has mental problems," ex-guard Eyob Bahta Habtemariam told the Expressen daily.

Habtemariam, in hiding in Ethiopia, said he had last seen Isaak on January 5, right before he himself fled from Eritrea.

He said Isaak was held handcuffed nearly around the clock in solitary confinement in a windowless cell measuring only 12 square metres (130 square feet).

The prisoners there were not tortured, but according to Habtemariam, the suffocating heat and isolation "was worse than torture".

"When I started working (at the prison) nine years ago, there were 35 prisoners. Fifteen of them are dead today," he told Expressen, adding that three of the dead had killed themselves.

"There is a risk (Isaak) will kill himself," Habtemariam insisted.

Oebrink said his organisation considered Habtemariam's account "credible", and said it was very worrying to learn Isaak was at Eraeiro.

"No one has never gotten out of there alive," he said.