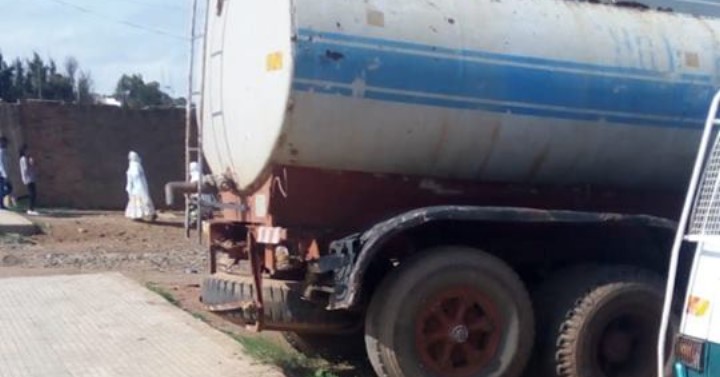 (Asmara 15-08-2018) Eritrean authorities continue to detain people unlawfully for various reasons despite the fact the country is said to be experiencing a period of peace along it’s external borders.

According to Arbi Harnet (Freedom Friday), activists on the ground, the latest victims are water-tank truck owners and drivers that have been serving city and town dwellers who continue to suffer as a result of the severe water shortages.

For several years now, the owners and drivers were given permission to buy and sell water at a tariff set by the government, however the prices set were too low and unworkable, leading many to charge over the set amount. Last Friday, 360 transport workers were called into a meeting where they were told that they were all under arrest pending a fine of up to 1.5 million nakfas each (100,000 USD), some 300 were still in prison at the time of writing. Those that were released raised a bail guaranteed by their business licenses.

Meanwhile many in Asmara worry about the consequences of this and already feel the pressure over shortages of water, where even water from wells is being sold at 20 Nakfas per 20lit container.

In another news, followers of the Ethiopian televangelist who visited Eritrea earlier this month, are being hunted down and arrested, for their part in according him a lavish public reception on arrival. Those who were released following few days of arrest have now been rearrested and others are being hunted down using video footage that was released to social media at the time.