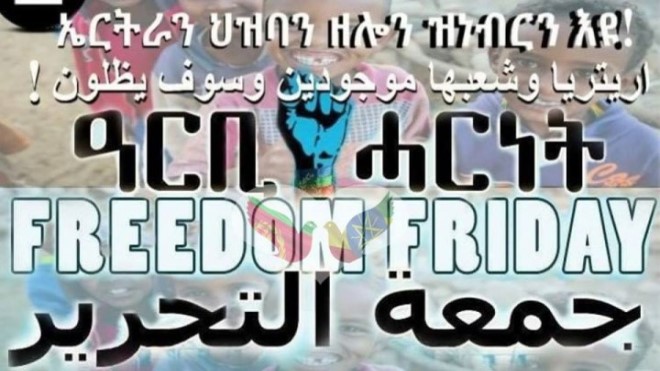 Wedi Kebede the notorious pfdj operative who was in charge of Adi Abeito Prison and some of his henchmen have been arrested. Wedi Kebede was known for his cruelty and is responsible for atrocities against countless prisoners. It is unclear how his arrest came about but it is believed it follows a visit to Adi Abeito by Issias Afworki about a week ago. During his visit, Issias Afworki was heard telling those in charge of the prison that they will not escape accountability. Our sources believe that this might be one of the many things that Issias will do to evade responsibility for the injustice in the country.

Our sources also confirm that some Pentecostals have this week been released from Adi Abeito and Mai Sirwa prisons following their signing of documents pledging that they will not participate in any activities of the Pentecostal churches again. Many who refused to sign are still in prison and the rumors that the prison has been shut is indeed false.

We have been unable to confirm the news that General Filipos has been arrested but we have heard that he has been confined to Sawa Military Camp and we are following on this and related news.

National service recruits across the country have been demanding mobilization at every opportunity they get, and the demands are vigorously spreading across the country. Siting the peace deal with Ethiopia recruits are demanding that they be demobilized to carry on with their civilian life and we call on all Eritreans to join them in this call.

We have also heard from a foreign diplomat that Issias Aforki plans to hold some peace talks with Eritrean opposition groups, however, we feel that this is a ploy to relieve the pressure that he is under. Rather we believe that what he wants to do is nominal reform within his circle to make it look like he is making a change, changes in position and arrest of some officials could be the beginning of that process.

Finally, we are dismayed at the arrival of about 20 heavy Ethiopian investors who are in Asmara. It is ironic that they might be granted the very investment opportunities that have been denied to Eritrean investors.

Members of Arbi Harnet inside Eritrea call on utmost solidarity among Eritreans at this crucial point in Eritrea’s nationhood. Project Arbi Harnet