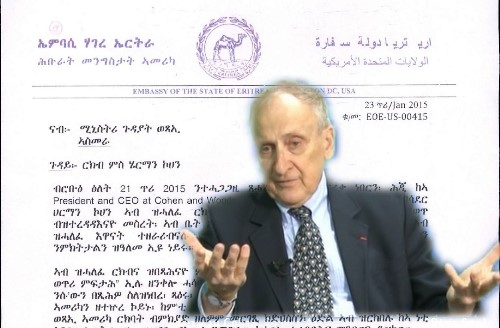 Here is a document you will find interesting to say the least.

The document will speak for itself. It will explicitly expose the desperation articulated by Isaias’ regime in its effort to mend its ways into a favorable position with the US government by deploying, the one-time Assistant secretary of State Department for Africa under President Bush, Herman Cohen, turned “lobbyist”, contacts with the State Department at the highest level.

The public posture of the defunct regime in Asmara is consistent chest beating and empty braggadocio.  In every speech Isaias’ mantra is anti- US rhetoric and condemnation. But the reality behind the closed door is a cry for retrieve.

Mr. Cohen has not, as far as we know registered, as an official lobbyist for Eritrea with FARA. Has Mr. Cohen taken the place of Greenberg Tauring LLP that was once the officially registered  as a registered agent /lobbyist for Eritrea ( from 4-25-2002 to 10/31/2003)?  If what this Eritrean government document is stating is true in what legal capacity is Mr. Cohan meeting with the highest office holders of the State Department on behalf of the Eritrean government? Is this in line with US law about lobbying on behalf of a foreign government?  Is Mr. Cohan a registered agent of the Eritrean government?  If so since when and how much is he being paid?  We will let experienced lawyers and experts help us sort out the legal detail in due time. For now we want our readers to keep abreast of the hidden political machination that is being spawned behind their back in an effort to save the most brutal regime in Africa.

Let us know your reaction about this issue. We thank team ኣግእዞ  (Ag'uzo) for the seding the deocuments 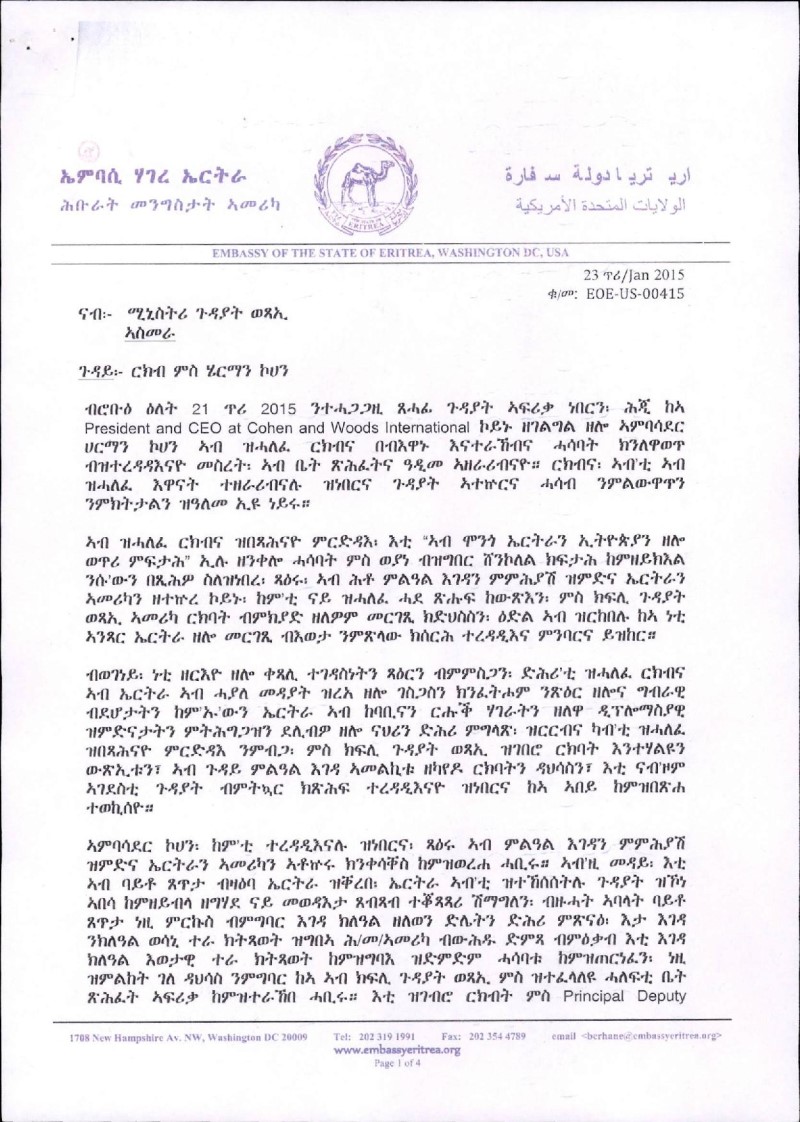 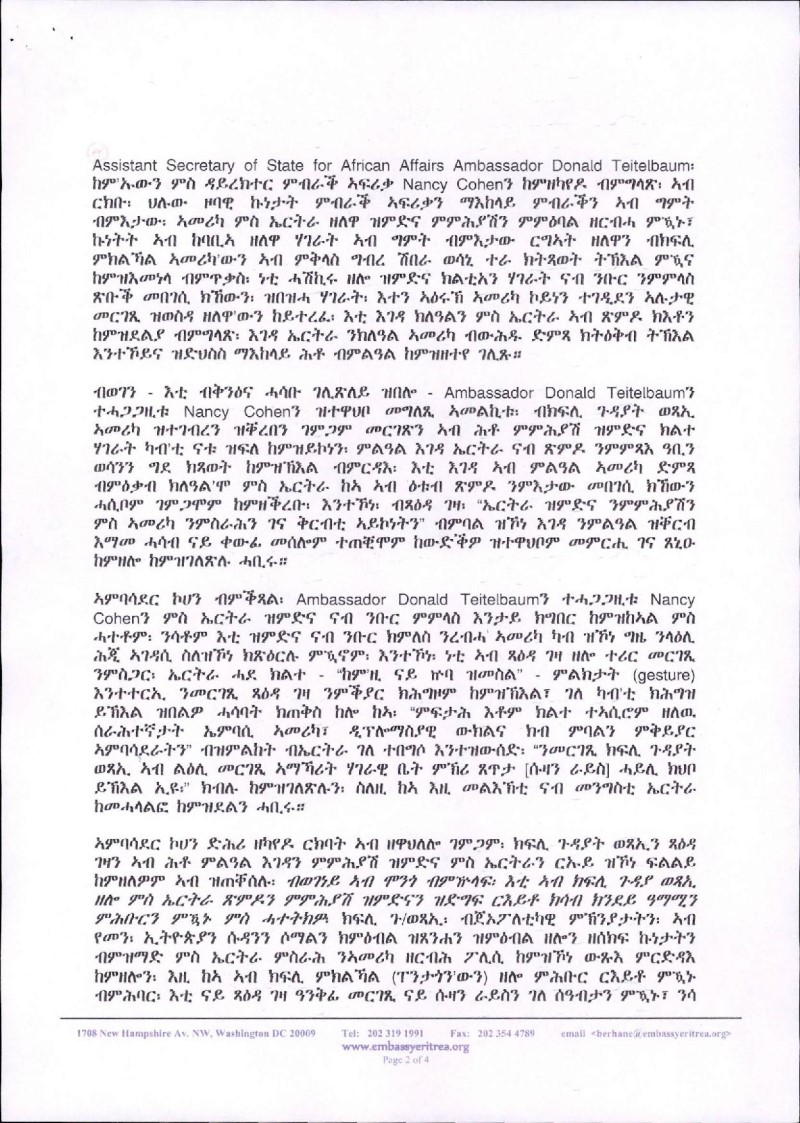 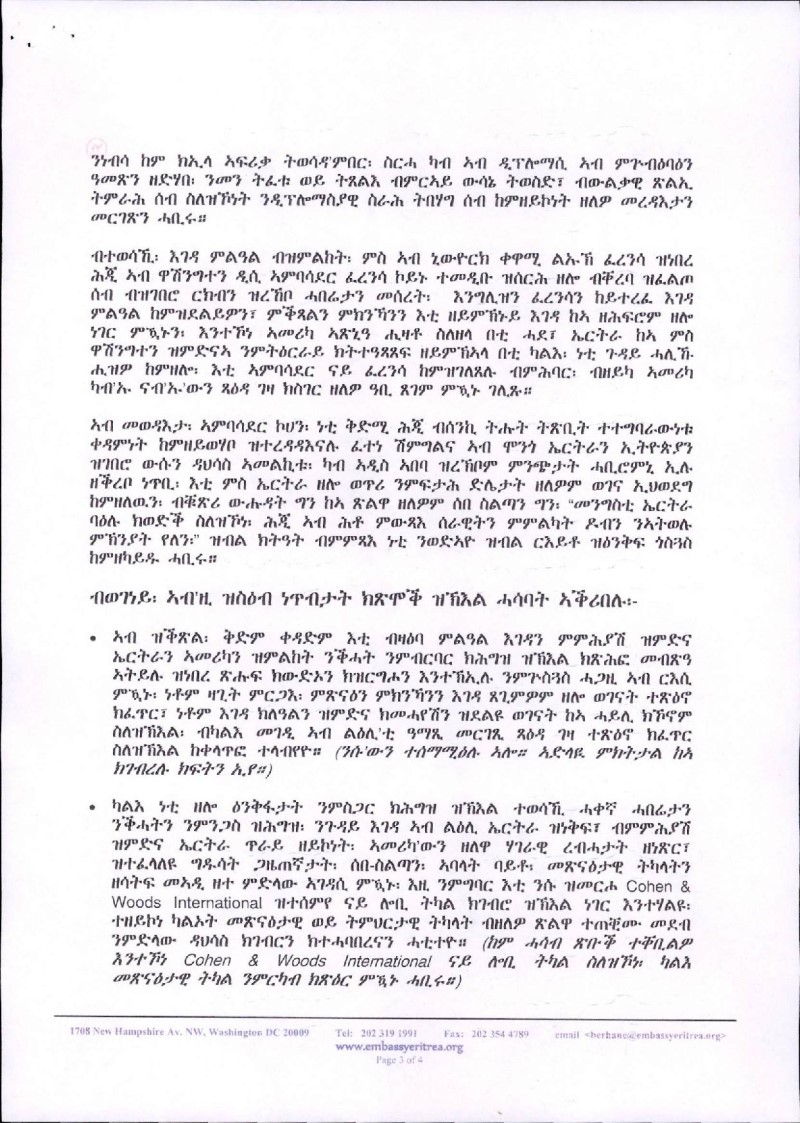 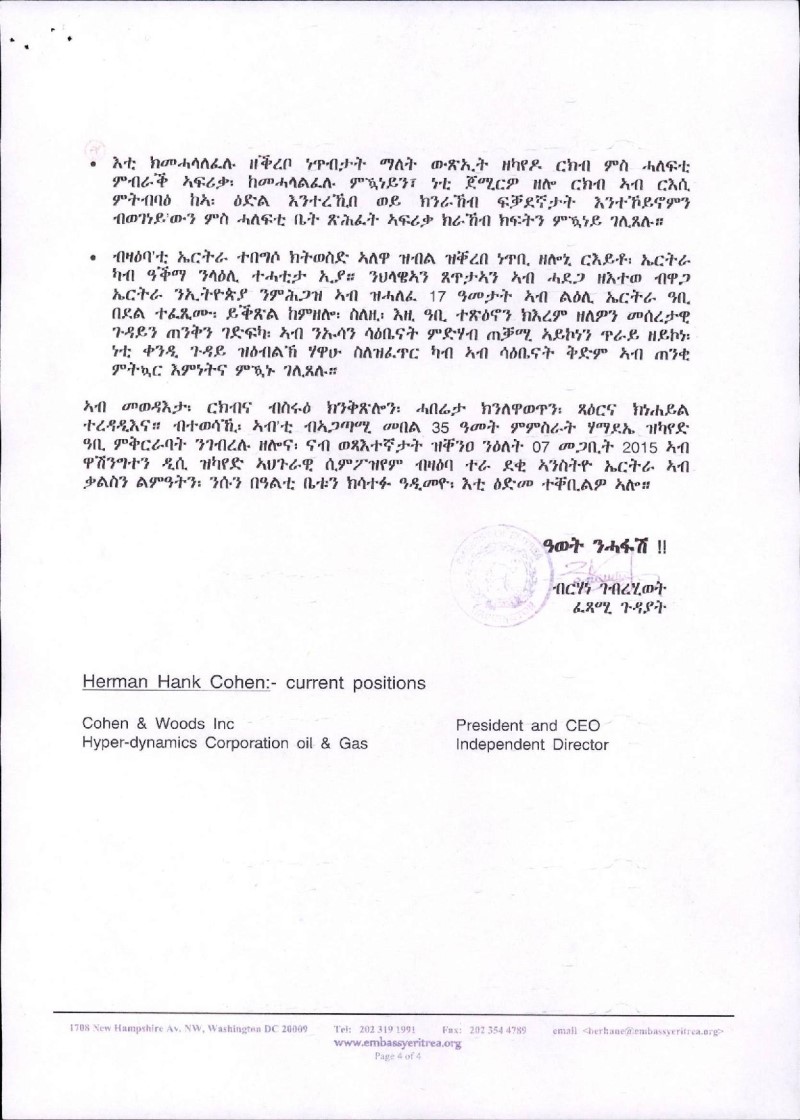