(Asmara 24/10/2014) Arbi Harnet (Freedom Friday) activists in Asmara warn that any action from the regime involving mercenaries from Tigray Liberation Movement TPDM, an armed Ethiopian opposition group, known locally as Demhit, fully supported by the regime, will trigger violence in the Capital.

In response to the silent but stanch refusal to report for military training as part of the ‘Popular Army’ or national service, mounted by residents of the city, it is anticipated that the regime would deploy Demhit mercenaries to round people up and force them to go to their respective training centres.

‘People are looking out for each other and supporting each other, unlike never before, particularly in inner city neighbourhoods like Abashawl, where young people go round ready to act against anyone who abuses them or a fellow resident. Last week a police officer was beaten severely. Bringing in Demhit would just be the worst thing that they can do now’ said an Activist reached in the early hours of this morning. 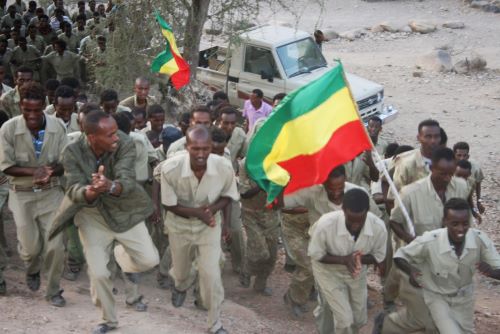 A UN report leaked three days ago estimates that there currently are tens of thousands of TPDM fighters, being hosted in Eritrea,  and are being singled out for by the regime in Eritrea for extra support to build “far more fighting capacity” than other Ethiopian groups. The UN also received information that the weapons in the logistics department of the Eritrean Defence Force are being systematically transferred to TPDM.

However according to Asmara residents the humiliation of being harassed by Ethiopian mercenaries could prove to be the final trigger to a public that have suffered silently for far too long. 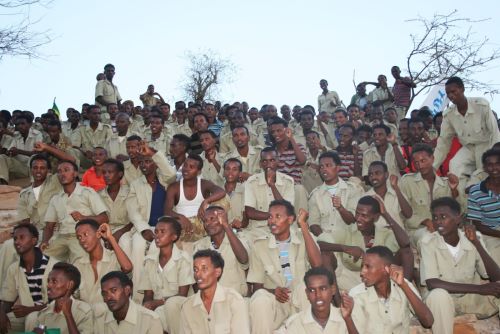 Arbi Harnet (Freedom Friday) is an Eritrean movement aimed at supporting the resistance inside Eritrea and linking it to the diaspora based movement. For more information please email This email address is being protected from spambots. You need JavaScript enabled to view it.