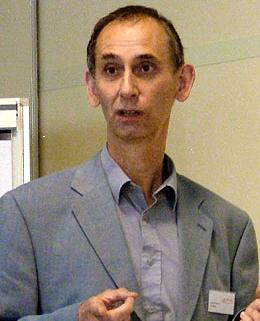 The European Union’s approval of the a 122 million Euro in development aid package for Eritrea sends the wrong signal to the brutal regime in Asmara, in a country run by an oppressive dictatorship where human rights are systematically violated and its impoverished people live in constant fear it is difficult to understand the EU’s decision. Given the blatant disregard that the Eritrean regime has for the legally binding principles set out in the Cotonou Agreement Eritrea, it is in clear breach of legal obligations required to receive this.

The current regime signed the Cotonou Agreement, defining the fundamental principles of EUAfrica relations, in June 2000, and in so doing undertook to promote and protect fundamental freedoms and human rights, democracy based on the rule of law, and transparent and accountable governance. Given its appalling record it is hard to justify the decision by the EU. 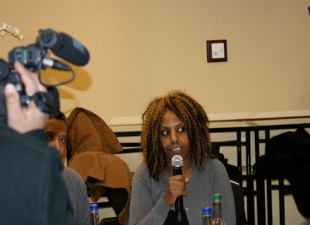 The justification given that “engagement is the best response” has little credibility in the face of any perceived result of such engagement over the past few years. Things are getting worse, not better. In this context, progress, it would seem, is based on the EU being able to talk to the regime. Dialogue may be important but unless it has tangible results it surely does not merit the positive signal of 122 million Euro.

In addition to that, the EU recently allocated 13 million Euro for Eritrea as part of the EU’s one billion Euro food facility. The desperate shortage of food in the country is certainly creating real hardship for most people, and without doubt the poor in Eritrea urgently need seeds, fertilizers and food. But given the stringent control the totalitarian regime has over all aspects of life, and the inability of the EU to closely monitor the use of the funds, these resources will only benefit the dictator, Isayas Afewerki, and his cronies. And food aid instead of reaching those most in need will only fatten the army that threatens and occupies neighbouring countries.

On March 26, Sweden’s five leading media houses (Aftonbladet, Dagens Nyheter, Svenska Dagbladet, Expressen and Aftonbladet.se) launched a coordinated campaign for the release of Dawit Isaak, an Eritrean-Swedish journalist jailed in Eritrea in 2001 for exercising his freedom of expression. Readers were asked to sign an online petition that will be submitted to the Eritrean Embassy in Sweden on May 4 and more than 150,000 have already submitted signatures. Jailed with 20,000 political and religious prisoners, he has never been charged. By the time this latest campaign was launched, Isaak had been imprisoned for almost eight years in the regime’s torture chambers. This campaign represents the plight of all political and religious prisoners whose release can only be achieved via a concerted effort of all democratic forces. Amidst such an alarming human rights crisis, the European Commission and the EU’s member states have approved 122 million Euro to the Eritrean government. If given without proper oversight mechanisms, this money will only prolong the lifespan of Africa’s most brutal dictatorship. In the current circumstances the idea that by keeping a presence in the country the EU can help some people is more than questionable. That certainly seems to be the opinion of Eritreans who risk everything, including their lives, by seeking to escape any way they can.

Simon Stocker is the Director of Eurostep, which says it is a network of autonomous European non-governmental development organisations working towards peace, justice and equality in a world free of poverty. Meron Estefanos is an Eritrean human rights activist living in Sweden.