On my way to the Expo which was started on 16 August 2014, I observed there was heavy security presence in the vicinity of the Expo. The security men were patrolling in groups of three. Their faces were covered with military face-masks. As the security men moved around the Expo grounds and outside the complex, they were stopping young people, asking them for movement permits and rounding up some for detention. No one seems to know what triggered this harassment and intimidation of people who came to celebrate the Expo affairs. Some were saying the round up was directed at those recent Sawa graduates who were scheduled to return to Sawa on September 5 after they ended their vacation.


I read a paper posted with a date of 25/8/2014 this morning in Tiravolo, that says all Hezbawi serawit in that area should be gathered in the coming sessions according to their schedule, and if they don't participate there, that there will be consequences. 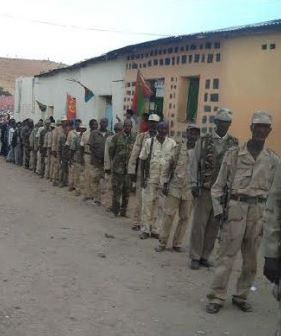