Soon after their arrival they were told they will walk on foot to Nakfa, and this has created a distress not only to the students who expected a further study but it also broke the hopes of the new students (Round 27) who arrived in Sawa on July 20 2013, and many begun to quickly flee to the neighboring countries (Sudan & Ethiopia) and some also returned to their homes. 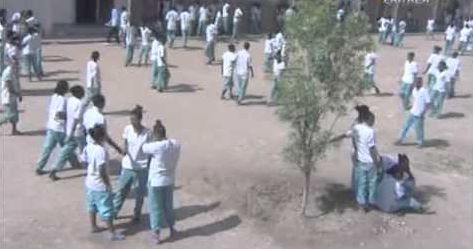 On their way to Nakfa, several students committed suicide and this has created a lot of distress in Eritrea and especially in Sawa.

On December they were given a job, doing a labor work for the ዉቃው እዝ Wikaw Iz which was to be celebrated on March 21-23, 2014.After working for the whole month of December, the students within the certificate program returned to Sawa on the middle of January and those which don’t get a passing mark were divided into two group: some of them stayed in Nakfa and the others were send to Afabet (and they are still there). And now the effect of this tragic process is - the number of students going to Sawa has been decreasing.

For the 26th round their matriculation results were told in their home cities but now the students from the 27 round are being told to arrive at Sawa on the 5th of September of 2014, the colleges will start registration on the 2nd of September 2014. The government has threatened the students if they don’t arrive on that date it will use strong measures ( most students believe the government will use its usual round up in the cities ) to bring them to Sawa.