In Eritrea crime pays, and in this case it paid the owner of this house handsomely. The family who live in this house in Asmara’s central district (Kebabi: Makel Ketema) at number near  Godena Sematat (Martyr’s Street) street number 1A 175/175-2/4  never know the pressures of electricity outages, their house is powered by generators that seem to supply endless power that illuminates their luxurious residence in the frequently dark Asmara nights.

They don’t seem to have any trouble in powering their exclusive cars (the son owns a dark blue Toyota Rav 4)  and younger members of the family don’t even seem to be bothered by the frequent giffas (raids) targeting other youngsters their age.

Established Asmarino business families envy the luxury afforded in this residence, as do government ministers and high ranking officials. The Educated elites in the country don’t even dream about such superfluity anymore. In short members of this household enjoy life in the laps of luxury no one else, in the country, has the means or power to obtain. 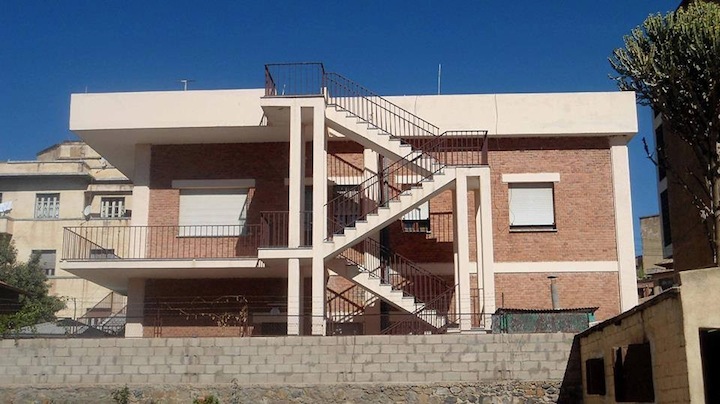 Yet the owner of this house, has 10th grade education and is supposed to only be earning 3,700 nakfa including allowances per month ($275 official rates).

In Asmara the answer to ‘how does one afford such luxury?’ Is answered in the answer to the question: who lives in a house like this? The identity of the owner points to the source of their income and a confirmation of the crime that is fueling the life style.

The owner of this house is none other than General Tekle Kiflay or Manjus as he is known locally. He is supposed to be head of ‘operational zone 1’ (of four) and in charge of border control. A portfolio that has clearly proven very lucrative for him; clearly the General isn’t funding this out of his official income and this leads to the strongly held belief that he must be involved in the smuggling of arms and trafficking of humans out of Eritrea as is indicated in the Monitoring Group’s report as well as more recent reports on the human trafficking cycle.

Asmarinos are well aware of the crime that is maintaining this household in laps of such luxury. The precious young people who perished in Lampedusa, those that suffered in Sinai and those that continue to suffer in Libya paid their lives, their dignity and their sanity to earn General Manjus and his family their luxury.

What makes it even more tragically ironic is the fact that the house is located near Martyr’s street, the very street designated to pay tribute to the countless Eritreans who perished for the freedom that the general and his colleagues have stolen from Eritreans.

This story is not over yet; Eritreans will not let their country go to drains at the hands of ruthless and corrupt Generals. We pride ourselves on our forefather’s relentless struggle for justice and this generation of Eritreans will restore that pride and to that history will be our witness.