These days, Massawa is witnessing two things: an inflow of huge copper cargo into the city, destined to China; and an outflow of the youth to Sudan and Yemen because of giffa (roundup).

Reports from Massawa port tell us that the talking point of the people of Massawa have been the huge copper shipments that have been passing through their port. Unlike gold shipments, copper shipments are too bulky to be hidden from the eyes of the public. For instance, the first copper production from Bisha has been reported to be 12 million pounds for the third quarter of this year, and the company expects to reach between 30 and 50 million pounds production level for the year 2013 [please look at the Nevsun report below]. 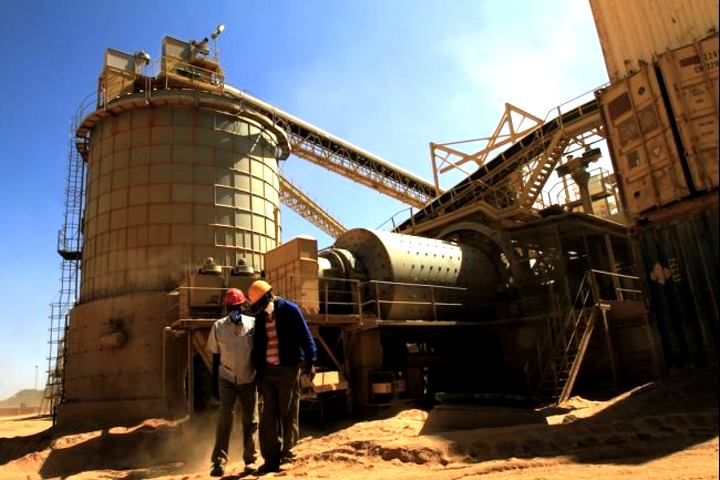 But what the people in Massawa are seeing on daily level are the 50 Chinese-owned low-bed tracks arriving at their city, carrying copper cargo into the docking area. And those who work inside the docking area have supplemented the story by saying that an average of 200 tons of raw copper per month is exported by vessel to China. Every month, two vessels have been seen loading the copper cargo with destination to China.

Last week, a vessel named “Monrovia”, with a panama flag, was seen loading 100 containers at one time. It is estimated that one container carries about 80,000 British pounds worth of copper. That would be 8 million British Pounds for 100 containers; and 8 million Pounds for the second vessel. For a year, that would be around 198 million Pounds. And this just for starters; while the production at Bisha is supposed to pick up, new production in other mining sites is expected to start soon. And nobody has a clue where all the money goes; the entire population finds itself destitute and is living at a malnutrition level, yet the regime couldn’t even provide basic services like electricity and water to its capital, Asmara.

In a contract between one Chinese company and the regime, an agreement has been reached for the nation’s copper output to be exported to China for the next 9 years. Because the Bisha project is supposed to end long before that, the agreement is of course made with other mining projects in mind.  The exploration studies for Megoraib, Adinifas, Embaderho and Dubaruba mining sites have been completed, and production is believed to start soon.

Most of the companies involved in these mining projects are from the West – mainly from Canada, Australia and UK. And most of the expertise of these companies comes, accordingly, from these three countries. At a lower level, there are some Eritreans in the staff working in supplies, accounts and other clerical works; and many of the machinery operators and technicians are also Eritreans. But the daily laborers that make the bulk of the labor force used in these mining companies happen to be from the National Service, who are working like slaves, with inadequate food supply, medieval quarters, and no payment at all (except for the usual salary that all those who serve in national service are paid: 10 US dollars per month). In this mining work full of hazards, they are not even provided with mining clothes, safety shoes, goggles, gloves, etc. What is surprising is that the foreign workers hired by these foreign companies (Ex: Ghanaians and South Africans), and paid high salaries in US dollars, are provided with all the safety clothes required.

With Massawa turning out to be the hub of mineral exports, and the prefered hiding place of the president, the regime has felt a special need to secure the city. After having purged Asmara entirely of its youth, the regime is now taking a special focus on Massawa and its surrounding areas.

The Northern Red Sea Region of Eritrea ( Zoba Semienawi Keih Bahri) is now secured by a special force namely Division 61 (Kifleserawit 61), whose division head quarter is at Massawa. This special force is directed by Colonel Bereket ( Koronfo), and the special task that he is given to arm the people in the area between the ages of 18 and 65.  And if the people show any opposition to the instructions given by this special force, they are put to prison in the islands around Massawa, with little food and water. Many people of the region are escaping to Sudan and the youth of Massawa are escaping to Yemen by small boats (sambuk). By now, there are no young men left in Massawa city; and people are saying Massawa has overnight turned into a ghost city.

And below is NeVsun report on its copper production at Bisha:

TORONTO (miningweekly.com) – TSX- and NYSE-listed miner Nevsun Resources, which operates the Bisha gold/copper mine in Eritrea, on Thursday reported maiden copper output of 12-million pounds in concentrate for the third quarter ended September 30.

During the quarter, gold output totalled 13 300 oz, derived mainly from the decommissioning process of the gold carbon-in-leach circuit.

The commissioning and ramp-up of the copper expansion continued, with commercial production expected late in the year or in the first quarter of 2014.

Precommercial copper concentrate production was moving to the Port of Massawa and the first bulk shipments of concentrate were expected in October.

"After successfully starting the high-grade Bisha mine and producing about 800 000 oz of gold since 2011 at a cash cost of less than $350/oz, we are pleased to begin the next phase of the Bisha mine as a significant copper producer. The capital programme to implement the copper circuit has been completed on time and on budget and we have been able to bring initial product to the market,” CEO Cliff Davis said.

Total tonnes mined were up 60% quarter-on-quarter with ore mined up 30% to 559 000 t. The ore mined included 232 000 t of remnant oxide and pyrite sand, which has been stockpiled for future processing.

The waste mined increased 70% quarter-on-quarter to 2.8-million tonnes, for a strip ratio of 8.5:1 by volume. The stronger performance reflected putting new equipment to use and improvements in maintenance.

Vancouver-based Nevsun said the overall waste stripping remained behind plan for 2013; however, this was expected to have minimal impact on copper ore production through 2014. Actions remained in place to resolve the remaining issues and deliver the required stripping going forward.

Nevsun said it remained on track to produce between 30-million and 50-million pounds of copper in concentrate during 2013.{jcomments off}