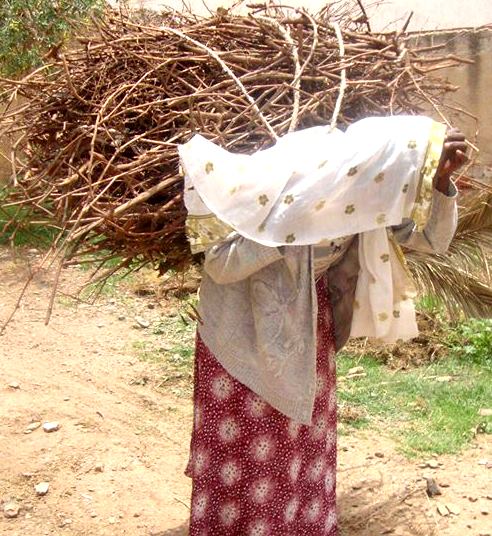 Today is Sunday[date deleted], the Lord’s day. I was thinking to post on Facebook a paragraph which might encourage someone from the sermon I have heard in the Church this morning. But how could I write anything else at the midst of sad news of the suffering of my beloved people.

A dear sister of mine just informed me that almost all her entire family members have been put into prison in the recent mass arrest of Christians by the security organs of the paranoid regime in Asmara. This depressing news broke my heart. I didn't even know how to comfort her. It was one of those moments where words would not be enough.

Allow me to ask you some critical questions which I have been asking myself. How do you feel if your father, mother, husband, wife, children, brothers, sisters and other very close loved ones have been thrown into prison for no logical reason at all? And your parents are old and might be in need of daily medical attention. And not to mention most of them have left small children behind at home.

Please know that I am not expecting the usual answer, "I feel sad!" Rather I want you to feel it hard. To make it personal. To be confused and frustrated. To ask the question "why?" To be truly agitated and angry. To stir up your indignation. To say, "Enough is enough, and silence no more!"

It makes me nauseous to think that for long as a people we have been taking human rights abuse in Eritrea so lightly. We have developed a strange culture of tolerance towards injustice. We indifferently say, "They have arrested them, and in time they will release them." Often the journey of our sadness will come to a halt with the sense of joy of their release. Then another arrest and release will continue in a vicious circle. As a result, our despair is going from bad to worse. The best medicine we could recommend is to flee, even as we all know that this can not cure the root cause.

Recently, I have been informed that a great servant of God and an outstanding physician had been arrested and released for the third time over a span of ten years in Eritrea. It's a norm for his beloved family to starve while he was in prison. His ordeal is beyond words. It's also wise to note that there are only 5 medical doctors for 100,000 patients in Eritrea. Doctors have been paid peanuts, ill treated, demoralized, put in prison and finally are forced to flee. Subsequently, patients are left unattended and are dying in many hospitals.

About two years ago a wonderful brother went to pray to the Lord after being released from prison. He was arrested, and for about four years was put in solitary confinement and developed a deadly lung cancer. After his release, he spent the rest of his earthly life with his best friend's family. His friend's wife truly gave him much comfort by taking care of him in his time of severe illness. A very kind and sacrificial family. That brother was alienated from his own family. I suspect the wife might be so depressed because of his arrest and forced herself to forget him. She was not even willing to come for his burial. I will leave this for psychologists or psychiatrists to ponder.

However in the historical narrative of the Bible this tragedy can only be compared to a time when a mother was eating her own baby. And this story in some ways portrays our misery as a nation.

Brothers and sisters, let us repeat the following statement as an individual, family, church or other group till we believe it, "Enough is enough, and silence no more!" Else we will be annihilated and become a history as a nation and people. May the Lord remember those who are suffering in prison cells and in the land of the oppressed which is Eritrea at large. May he forgive our sins and heal our land. Amen!