(Asmara 29-10-2013)  Asmara is still tense following the weekend’s fights between Demhit (Tigray People’s Democratic Movement) and residents. The worst of Saturday’s fighting between soldiers and young people who were being detained was outside Nega Hotel, around an area known as Piasa Michael. The fighting involving rocks and gun shots carried on until 9:00pm local time. 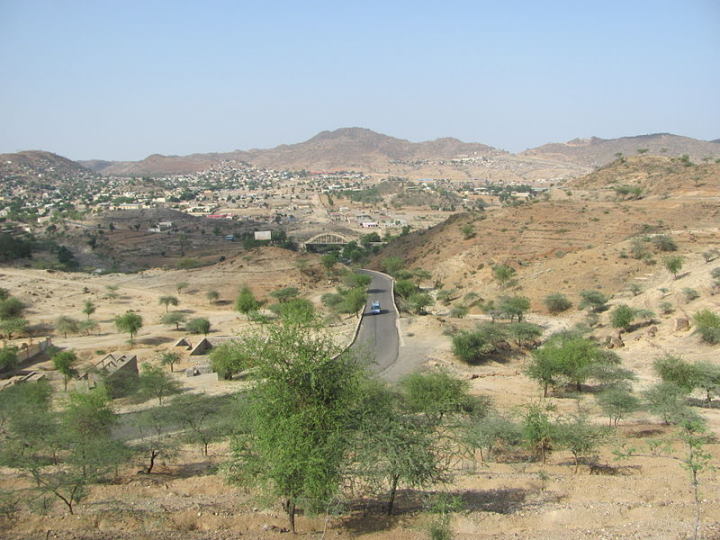 Similar fights were also reported in Ghinda a town on the Massawa-Asmara road, where there were fights at the bus depot and market area of the town. There are no reports of fatalities or injuries.

Security  officials are said to be agitated by the incident and spent yesterday conducting meetings in high schools in Asmara. The first of those meetings was at Asmara Comprehensive School (formerly Leul Mekonen School). During the meeting senior security officials, including Colonel Simon Gebre-Dngil’s right hand man nicknamed Sokolov strictly warned high school students against spreading news about Demhit soldiers in Asmara. Sokolv gave stern warning that they will imprison any student found spreading ‘rumours’.
During the meeting soldiers were stationed in the school compound and the areas surrounding it, to prevent anymore rioting by students. The soldiers are from a contingent (unit 525) based in Gulie near the Hills of Arbe Robue just outside Asmara on the Massawa Road.
Similar meetings are scheduled to take place in all other schools and colleges as well as the military training centres across the country.