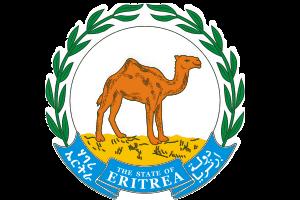 From the day the uprisings started in Tunisia up to 02/23/2011, there hasn’t being a single statement uttered in EriTv or Dimsti Hafash, or written in Eritrean Profile, Hadas Eritrea, Shabait.com or Shaebia.com. There has been an entire blackout on the events on Mideast in the government owned media, which is all the media that there is in that country.

But not without problems, for the absence of news of such magnitude and such duration for such a long time was calling attention to itself. For the paranoid regime, its own silence became too loud to be ignored. Its poor foot soldiers in Dehai had to go through all kinds of amazing logical contortions to provide rationale to its “tim mibal meriitsna” policy.

In the end, the Isaias regime had to say something about the unrest in Middle East, but this shouldn’t be any normal reporting. It has to make up for all the lost time of the past month or so. It has to be a thorough analysis that includes, “gathering all facts and intricate details”, “viewing the matter in wider context”, “exploring all historical dimensions”, “providing the bigger picture”, “patiently analyzing the real picture” … and compiling the most thorough and all-encompassing questions regarding anything and everything that matters to the Middle East. No wonder the overworked Ministry of Information took it more than a moth to come up with this most thorough of all studies – let’s, in fact, call it the Mother of All Studies!

Below is the Ministry of Information’s first installment on Serving the Truth to the Eritrean people as it has been posted in Shabait.com on Feb 23, 2011:

by Ministry of Information

In the past four weeks, several new developments have unfolded in Northern Africa and the Middle East, particularly in Egypt.

The enduring political culture and principle of the Eritrean government as regards such developments is to view matters from a wider context of regional and global events while exploring all historical dimensions that shed light on the complexity of the developments as well as potential scenarios so as to make analyses by gathering all the facts and intricate details.

World media outlets cover such historic events through biased news stories that serve their interests and provide an incomplete picture of situations using selective truths based on the principles of Yellow Journalism. A number of individuals soak in news stories from the "major" media outlets of the world without any critical interpretation of their own and thus fail to see the real picture.

Blindly consuming fragmented reports of daily developments and looking at the small pixels of the bigger picture can only provide an erroneous information and thus compromise the credibility of historical records. The only practical and realistic approach in such cases is to patiently analyze the real picture.

* The Ministry of Information will starting Wednesday, 23 February  present a series of analytical articles regarding the developments in North Africa and the Middle East, particularly that of Egypt.

* What are the historical domestic and external factors that ignited the firestorm in Egypt within such a "short period"?

* What are the core problems in Egypt? Who is responsible for creating these problems or for further escalating the problems? How?

* What was the role of the successive defeats, military setbacks and the resulting sense of surrender as well as the accords and treaties that further exacerbated the situation and turned the country into a failed state?

* What was the role of external factors? Regional conspiracies and pressures and their consequences, the role of regional and international powers concerned with threats to their strategic interests and more importantly the root cause of the political, military and economic ruin of the country? What were the implications of such factors?

*The history of the past half century that turned Egypt from a center of agricultural industry, world supplier of the finest cotton, center of crop research, manufacturer of missiles and the leader of the Pan-Arab nationalism, into a country dependent on foreign aid and a country that surrendered its national security and integrity.

*The Egyptian people's revolution has effected a swift change, but has it really succeeded? Who is the driving force behind this revolution? How and when will real domestic changes be effected? Who are the defeated domestic and external forces? What are these defeated forces doing to minimize their losses and reverse the course of history? What are the probabilities of a relapse? How and why?

* Why were the new developments sudden and shocking to the US Administration which claimed to know Egypt like the back of its hand? What prompted Washington to make entirely conflicting successive statements  within barely two weeks? Where had their calculations gone wrong?

* What steps did the US Administration take following the successful culmination of the Egyptian people's revolution? What are the traits that enabled Washington to turn its back so rapidly on a regime that served it for a quarter of a century? How will it deal with the current military council? What will be US and Israeli priorities within this new political landscape?

* What are the views of countries around the world on the new developments in Egypt and why had some had chosen to cast stones while themselves living in proverbial glass houses?

* What are the unique aspects of the revolts in Tunisia, Bahrain and other countries?

*How will these developments affect the African continent as a whole?

* Why do different media outlets present varying pictures of the same or similar situation?


Analytical articles that address the questions above and others will be presented starting Wednesday, 23 February through Eritrean media outlets.