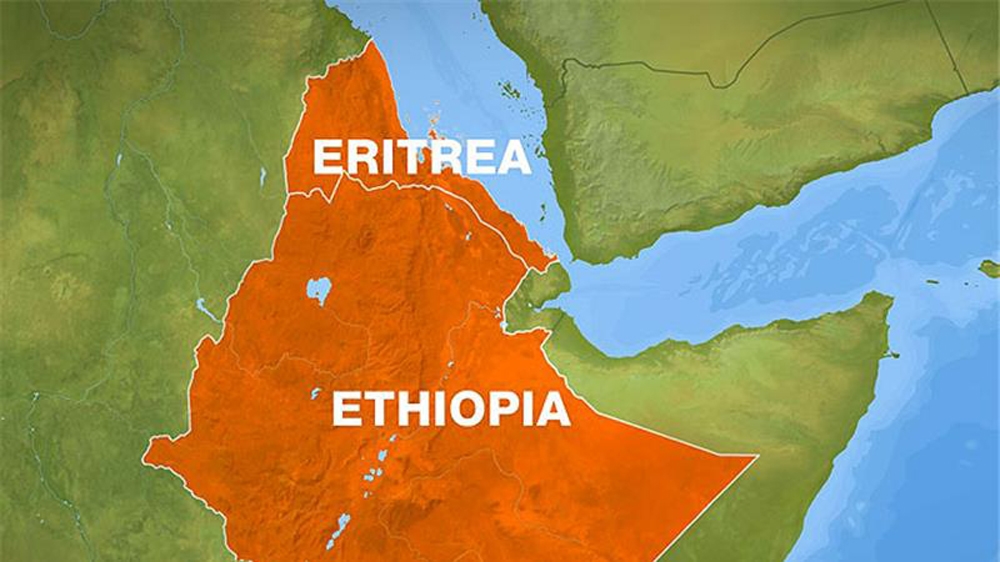 Italian colonialism and Menelik II carved out today’s Eritrea and Ethiopia out of old Abyssinia. Later, Haile Selassie’s flawed land-over-people policy deepened the divide further. By dissolving the Ethio-Eritrean federation against the counsel of his top advisers he, unintentionally, became a major force behind Eritrean nationalism and its eventual independence.

Inconsistent with his otherwise admirable qualities, PM Abiy is repeating that same history today. At least Haile Selassie was savvy enough to use a subverted Eritrean Assembly to provide legal cover for the illegal act. Abiy’s approach is much cruder. It does so by idolizing a despot. Isaias is an uncivilized brute who has been disturbing the peace in the region for decades. His frequent runs to Cairo as Egypt’s lackey to sabotage the strategies of upstream Nile countries; and the devastation from the wars he ignited with Yemen, Sudan, Ethiopia, and Djibouti are well documented. But more is expected of PM Abiy. His two face approach so far -- as a champion of freedom in Ethiopia and as a partner of oppression in Eritrea – is a bad mix for the long term health of our region.

Meles and Isaias were friends once too, praised as Africa’s renaissance leaders. Although Ethiopia emerged in a much better shape comparatively, we all know how tragically that ended. Similarly, the opaque and personal “deals” between Abiy and Isaias are no substitute for a deeper and transparent peace we truly deserve.

Crimes in our collective names

If durable peace is the real objective, Abiy and Ethiopia cannot afford to ignore the pain of the Eritrean people, because they will have to face a betrayed and wounded population after Isaias is gone. Those wounds will heal too but why postpone progress by repeating bad history?  Why invite a champion of poverty who delights in demolishing lives, homes and businesses in Eritrea, to a sugar factory opening ceremony in Ethiopia?  Why all this at the expense of border demarcation? Are Ethiopians willing to accept a psychopath as their new emperor prolonging the bad memories of our past? By embracing Isaias so unconditionally, Abiy can only come out dirtier – retarding our joint future in the process.

The other crime being committed in our collective names is the massacre of Yemeni children and civilians from Saudi military base in Assab. Future Yemeni generations may forgive Eritreans because they will realize Eritreans were victims too. But, apparently, Assab is also EthiopianB now, implicating Ethiopians in the mess directly.  Today, Ethiopians can express themselves openly and freely. And with this freedom comes responsibility. If these crimes continue under Abiy’s watch too, Yemenis will remember Ethiopia unkindly forever. The unholy Saudi/Abiy/Isaias alliance we are getting sucked into is too opaque for comfort. Jamal Kashoggi’s murder in Turkey is one but tiny window into a very messy world the dirty medals Abiy and Isaias were showered with will not wash away.

Why Ethiopians should care about the Eritrean people instead

Like tens of thousands of Eritreans, Col. Taddese Muluneh and Nega Tegegn of Ethiopia were jailed in Eritrea for 8 and 20 years respectively without charges. Their release is, of course, great news. Ethiopia’s freer environment, thanks to Abiy, empowers these two men and their supporters to have Isaias arrested and tried in Ethiopia. At the very least, such a move will give hope to Eritrean prisoners the two left behind that they are not alone. It will also embolden Eritreans to rise up like the courageous Eritrean Catholic Bishops did in 2014C and Abba Teklemichael TeweldeD days ago. Durable peace beneficial to both countries is only possible if Eritreans like these moral leaders are allowed to multiply and to remain free. That is why PM Abiy and justice loving Ethiopians need to stand with the Eritrean people – Ethiopia’s true partners for peace -- who are risking their lives in search of the same freedoms they see unfolding across the border.

The lack of transparency in Abiy’s personal deals opens up two scenarios for speculation. First, since Isaias has asked Abiy to lead the way, have Eritreans become Ethiopians already? If so, Abiy should extend the reforms he has unleashed in Ethiopia to Eritrea immediately; i.e. as Eritrea’s new leader (not ruler), Abiy should release prisoners, allow free press and competitive politics in Eritrea as he has done in Ethiopia. Since he is not doing that, he is failing his people in Eritrea -- the love he preaches absent.

The second scenario is that Eritrea still is and will remain a sovereign nation. In that case, Abiy’s otherwise positive image falls apart because he is willfully betraying the Eritrean people by embracing their tormentor -- back to our circular past.

So, Abiy gets it wrong both ways. In the meantime, the very issue the peace announced several months ago was supposed to address -- border demarcation -- is totally forgotten now. The problem that consumed 100,000 lives is still there, hungry for more. That ticking time bomb remains active, because like Abyssinian kings before, these two love-smitten individuals are not willing to see beyond themselves. What will happen when they fallout of love? Will 1998 repeat itself again?

Obsession with the sea

This is another emotional topic that keeps feeding our backwardness. Eritrea is poorer than ever today; its lot not improved one bit in spite of having ownership of the sea since 1991. Similarly, Ethiopia’s poverty was among the worst on earth when it had full ownership for four decades (1952 to 1991). Before that, Abyssinia under native leadership had no sea-faring history or sea food culture to speak of.

Ironically, Ethiopia did become economically vibrant for the first time in its entire history after it lost access to the sea in 1991. So let’s not fool ourselves. There is no evidence in the history of both countries that links their lack of progress to not having access to the sea. However, Ethiopia’s own history after 1991, and land-locked but prosperous Switzerland expose this fallacy even further.

The poverty is in our hearts and minds

In spite of its 1000km coastline, today’s feudal Eritrea cannot even feed itself. It survives on remittances. Not because it is resource poor but because we have chosen to harden the heart and starve the mind (by sacrificing our young in multiple wars; closing our only university; devaluing education, expertise and professionalism; killing businesses, moral bankruptcy…). Let’s not forget the devastating 1984 Ethiopian famine also occurred in spite of Ethiopia having complete ownership of the sea then.  So, access to the sea or lack thereof is not what ails us. With open hearts and minds, durable agreements based on principles of inter-dependency can be crafted easily for the mutual benefit of both countries.

Additionally, we have much better heroes than despots and kings to look up to. Ethiopian Berhanu Dinkie (author of kesar’na abyot) -- principled, honest, fearless and incorruptible – from decades ago and Eritrean Abba Teklemichael Tewelde recently are just two among many. Wouldn’t it be nice to have the values they bring forward so boldly taught in our schools and widely adopted in our cultures so we can build a better tomorrow for all?