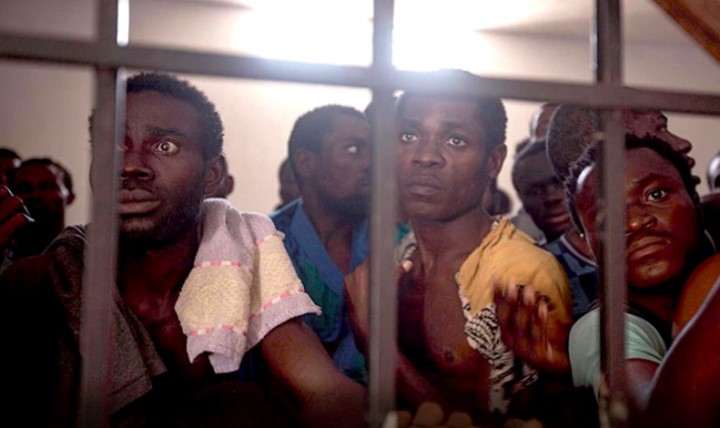 Slavery in the 21st century!

This is beyond imagination and the worst nightmare taking place in Northern Africa.  And painful enough only a handful of the world is acting unto solving this situation, while the rest of the world is giving deaf ears to the cries of the innocent youth.  It’s unbelievable and shocking to talk about such a topic in the 21st century but it’s the unfortunate reality that the world has woken up to.

But who is to blame and what is the world saying about it?

As we saw from the media these past days, youth from Eritrea and different parts of Africa have been the victims of this unfortunate situation. Very sadly they paid a lot of money. From the interviews of some of those survivors on mass media, the money for this illegal journey in the hope of a better life is either borrowed or they have sold everything they had. They did this on the promise that they would be able to find a better life.

What we should specifically realize is that, for those young Eritreans slavery did not start in Libya. As unbelievable as it may seem, the sad reality is that they have been enslaved in their own country, by the Eritrean government. For the past twenty-six years, Eritrean youth have been enslaved under the label of ‘national service’. This so-called “national service”, is described by most of those youth as a huge gate with entry but no exit. They had been brainwashed to believe that they are serving their country, however, they are serving the few people in power.

Furthermore, the European Union wants to provide funds to the Eritrean government to avoid an influx of refugees in Europe. This shows that European union is not seeing the bigger picture of how Eritreans are suffering from this corrupt and selfish government. And it will only make matters worse and encourage the government to continue its oppression on the poor Eritrean people, now that they have the support of Europe. How about we ask ourselves, is that the best way to help those young people? These people are fleeing from a government willing to disregard their most basic human rights; they are running away from the persecution and hellish lifestyle the government imposes on the youth. They are escaping from the forced slavery and not by choice. As such, funding a government willing to treat its young citizens in this abhorrent way hardly seems like the best solution.

In Eritrea, there is an insufficient provision of education, so much so that the younger generations are going down the path of ignorance. This, I believe, is a calculated move on the part of the Eritrean government. It would ensure the citizens’ compliance with whatever questionable decisions the government makes with regards to the future of the Eritrean citizens.

I’m confident there has been enough media coverage of the situation in Eritrea to provide Europe (including the UK) with the full picture of what is going on and why those people are taking such an extreme risk to get to Europe.

They flee their country, not by choice or not even for economic reasons or seeking luxury for that matter, but only in the hope of finding a decent life, or a promise of a normal life.

To conclude, I, therefore, urge the world organizations to look at the full picture; and to hopefully realize that Eritrean government is equally responsible as Libya is in afflicting youth with slavery.