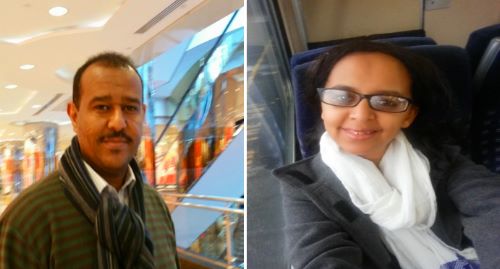 Selamat Bohashem: ...so the year that saw so much buzz around Eritrea is coming to an end, whilst I can't call the end result or the net effect 'momentous' it was nonetheless eventful... let's end this week of conversations with our three top favourite moments of 2015. Tell your favourite moments of 2015... you can do more than three if you are having problems choosing J

BOHASHEM: In a year full of interesting events it can be difficult to think of something more favourable than another. If I may start with the most recent one, it would be the news of great oil and gas reserves in Eritrea which is reportedly attracting high profile visits to the country by potential investors. This news means a lot to us Eritreans. We were constantly told that as a nation we were economically un-viable and that independent Eritrea would not be able to survive etc. True independence can not be sustainable without economic independence. This added with the great human capital that we have our country can start the healing and recovery process on more solid ground once the tyrannical hurdle is removed.

The second favourable moment was when I read the story of Esrar Ibrahim Totil. Esrar is a young Eritrean who arrived in Istanbul - Turkey as a refugee few years ago. He is the son of one of Eritrea's liberation era political leaders - Mr. Ibrahim Totil, who is currently languishing in pfdj dungeons in Eritrea. Esrar Totil's case was recently featured on Sky news Arabic as a successful businessman who turned his life from an ordinary refugee to an inspirational enterpreuner who owns about 7 companies from travel agency to the largest Arabic bookshop in Istanbul and employs over 100 people. I found this story not only inspiring but also assuring that Eritrea is fortunate enough to have such sons who can be counted on to invest and reinvest in their home country once we have a conducive environment for such purposes.

While I think of the third one let me know your 2 out of 3 favourable moments during the year.

SELAM: My most favourite moment of 2015 was when on a bright Friday morning on the 26th of June, I arrived at the park that was to be the departure point for our Geneva Demonstration…. I have never felt so empowered, inspired and really gratified to see so many people committed to the same cause that not that long ago only ever attracted a handful of us at such events.

I was surrounded by practically everyone I knew and worked with from across Europe… many that I admired from afar…. Many that I had fallen out with and many…many…many more that I didn’t know even existed. It reminded me of the winter months when we were talking about the event, deciding the date and the proceedings and how we were planning for a few hundred at the time (we of little faith at the Stop Slavery Campaign)… it really was the first time I can truly say I underestimated our movement. I was in the midst of a formidable force for change in Eritrea.

It was also the first real realisation that I was indeed getting old… really old…. I was surrounded by a sea of young people who were the essence of the movement…. Again I couldn’t help but reflect on how not that long ago I was one of very few ‘younger’ persons in such events… at #Geneva26 an entire strata of eritrosphere was represented and it was at that moment I decided never to stray too far from the Eritrean Resistance, for I want to be at the heart of the movement when change does come… incidentally it was also the moment I learnt that I could lead a chant and whip quite a frenzy… I found myself on a megaphone at the top of my voice shouting: “Freedooooommmmm’… it was a revolutionary moment… I loved it!

My Second such moment was in Hitsats Refugee camp… I was in London on a September afternoon when it suddenly occurred to me that unless I get myself to Shire the following morning (and not over the weekend as was initially planned), I wasn’t going to accomplish half the stuff I intended to…. Thanks to my friends who know the magic of travel agency… my accommodating family and particularly my long-suffering husband and my friends in the refugee camps…. I was able to fly to Addis that same evening and transfer to Aksum by dawn and was in shire at the AARA office before lunch! It really was tough going and I was absolutely shattered (so was everyone in the group)…. To make a really long story really short… we ended up at Hitsats that same evening (less than 24 hours since the London realisation)… about 12 interviews on trauma and an evening of not really believing I was really really there… I collapsed on the matrass where my eyes involuntarily shut even before I finished my prayers…. At dawn (it really was middle of the night) I woke to the orthodox church prayers and a walk round the camp praying with them… for them… for me…. And as the sun was really warming up I had one of the most amazing showers I ever took…. Our friend who was hosting us with his fiancé is someone who had suffered immensely at the hands of human traffickers in Sinai and his story would really make volumes in books about our untold story… when he ended up in Hitsats Camp… he noticed that in this dry patch of a desert land there were a bunch of trees ever green… he asked for permission and dug a well there and found water…. Built a few shower cubicles around it and voila! There was his low maintenance high return business! And so I showered with naturally warmed spring water beneath the sky that still shows mercy to an Eritrean refugee and I thanked God for an ever present possibility of a tomorrow with potentials of being a whole lot better than today! Healing Eritrea is still possible

BOHASHEM: Yes...the Geneva and New York demonstrations were of great value to the human rights cause.

My third favourable moment was the success story of our cycling champions and the story of Haben, the first blind & deaf graduate from Harvard Law School. The two separate stories made me really proud as an Eritrean. I felt relief to see the name of our country mentioned in a more positive way than the otherwise often heart breaking news that we keep receiving thanks to the senseless despotic regime in power. I try to maintain some level of optimism by paying attention to success stories and events. They tend to assure me that despite the appalling situation our country happens to be in, Eritreans can still excel and achieve high.

SELAM: It really is the simple pleasures of laughter on social media and particularly on Face Book where orchestrated by few of my wayward friends (no names mentioned as we don’t expose our friends!) I am able to laugh a bit and get in touch with the lighter side of life… it makes me realise that we really are still all human and we ought to laugh a lot more than we often do… and if we did we may learn to forgive each other a lot more than we currently do, for it is hard to remain angry at a person that makes you laugh a lot… I think my resolution for 2016 should be to widen that circle of laughter…

I enjoyed this so much… When you put your mind to it you really can find those special moments that kind of sustain one in what can otherwise be intolerable situation. Thanks for the opportunity to share my special magic moments and all my very best for 2016 and Merry Christmas to all those who do celebrate Christmas.