Eritrean refugees in Denmark are organizing to hold a peaceful protest in Copenhagen on Friday December 19th to protest the recent Danish fact-finding Report on Eritrea. 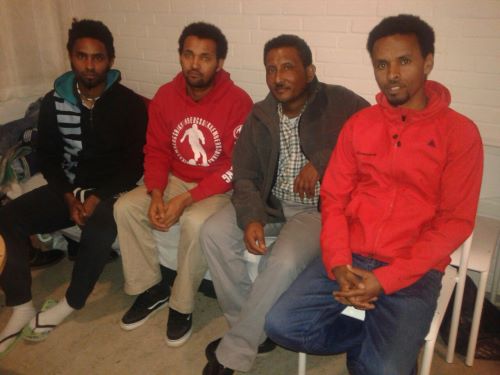 In an interview with Voice of Delina’s Asmeret Medhanie, the organizers of the protest said that they are resorting to protest because the Danish authorities have failed to respond to their repeated demands for explanation. They also said that they had asked several non-governmental agencies that are involved with refugees in Denmark, including the Red Cross, to respond to their concerns regarding the fact-finding report but as yet have not received any tangible response.

The Danish fact-finding report titled “Eritrea – Drivers and Root Causes of Emigration, National Service and the Possibility of Return” which was published this November by Danish Immigration Service had recommended that Denmark no longer offer blanket asylum to Eritrean refugees on the grounds that human rights situation in Eritrea has improved.

Furthermore the report notes that Eritrean refugees have the possibility to restore good relationship with their government by paying ‘2% diaspora tax’ and signing an apology letter. This would virtually remove grounds for asylum.

Kahsai Gebretinsae, one of the organizers, said that that the Danish fact-finding report completely misrepresents the reality in Eritrea, which he believes is “very well known by everyone, including the Danish Immigrations.”

Girmai Tesfai, another of the organizers, expresses his outrage at the report and says that this misleading report poses a serious danger to the many Eritreans who are in uncertain circumstances and suffering in places like the Sahara desert and the Mediterranean Sea in search of safety from their persecutors at home. “Protesting this report should not only the responsibility of Eritrean refugees, challenging this report should be the responsibility of anyone who feels for the life of many Eritreans.”

All the organizers interviewed reiterated their outrage at the Danish report in that it goes beyond Denmark’s immigration policy and downplays the seriousness of Eritreans’ genuine suffering. On the other hand they believe that the report inadvertently gave a positive image of the Eritrean government which routinely continues to commit human rights abuses.

“What’s happening in Eritrea is not refugee crisis, it is exodus.” One of the organizers said.

The organizers expect that at least 300 people will participate in this protest they plan to whole in front of the Justice Ministry in Copenhagen. Many of the participants will be Eritreans form the eight refugee holding centers around Denmark.

The organizers said that they welcome support of any organization willing to lend a hand and called on the media to help make their voices heard.