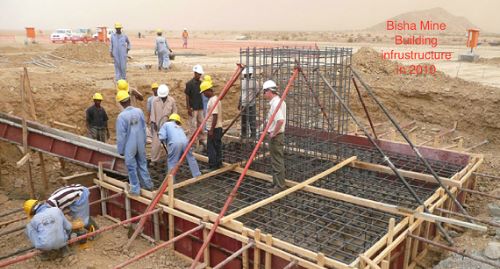 London, 9 October, 2016.  In a landmark ruling, three Eritreans have won the right to be heard in a Canadian court in a modern slavery case against a Canadian mining company.

In a 160-page ruling, the Supreme Court of British Columbia dismissed the efforts of the mining company, Nevsun Resources Limited, to block the case from going forward in Canada and to prevent the plaintiffs from pursuing claims for complicity in crimes against humanity.

This marks the first time in Canadian history that claims against a Canadian corporation for allegations of complicity in crimes against humanity, slavery, forced labor and torture in overseas operations will be heard in a court in Canada.

In regard to the ruling, Mr. Fiorante said “this is an important victory for Eritreans who were forced to work at the Bisha mine. It is a big step forward in the struggle for accountability for human rights abuses in Eritrea. The mine workers will now have a chance to have their case heard in a proper court of law where the rule of law applies.”

The ruling by the Vancouver-based court will not only allow the case to proceed against Nevsun, but could also have implications for other potential cases against Canadian companies in their operations abroad.

The court, in its judgment, referred to the recent investigation of the United Nation's Commission of Inquiry on the human rights situation in Eritrea.

The UN Commission's findings, published in June 2016, found that "crimes against humanity" have been committed in a widespread and systematic manner in Eritrea over the past 25 years.

The UN Commission found that crimes of enslavement, imprisonment, enforced disappearances, torture, persecution, rape, murder and other inhumane acts have been committed in Eritrea since Eritrean authorities took control of the country after independence in 1991.

Commenting on the Canadian court's ruling, Ms. Elsa Chyrum, Director of Human Rights Concern-Eritrea, described the opportunity to move forward with the case as a significant milestone in holding perpetrators of gross human rights violations in Eritrea to account.

Ms. Chyrum said: "We welcome the court's acknowledgment that criminal allegations of this nature can never be dealt with justly in Eritrea itself. It is important that multi-national companies operating in Eritrea, such as Nevsun, wholly appreciate the gravity of the human rights situation there. As the recent UN Commission of Inquiry found, multinationals operating in Eritrea can potentially serve to sustain the oppression and misery of local people.  We suspect that the Canadian public will be appalled to hear such allegations being made against a Canadian company and will be eager to hear the outcome of the case.  We will continue our efforts to end modern slavery and to seek accountability for other human rights violations being committed against people in Eritrea.”

Dozens of other former workers at Bisha are now expected to join the lawsuit.

·         MINING.com Eritreans' case against Nevsun can proceed in Canada