(Asmara 19/05/2014) sources close to Release Eritrea disclosed that religious persecution of Christians from ‘unregistered’ churches still continues unabated in Eritrea. Members of the underground churches disclosed that there are still over a thousand prisoners that have been detained for periods ranging from over ten years to few months. Many more get detained briefly and are released after a period of imprisonment and a stern warning not to engage in religious activities of the ‘unregistered’ churches.

‘our church leaders who were taken to prison in 2003/2004 have been detained for over ten years now many continue to suffer health problems, although we praise God when we hear reports of their resolute faith and good spirit. We trust God to safeguard them, but times are tough for their families, their elderly parents are dying and the young children they left behind are now coming of age fatherless’ said an underground church leader, who has seen many in his underground congregation disappear into prison or exile.

Those who have been imprisoned for a longer period and then released, loose their employment and it is impossible to find alternative employment in an economy monopolised by the government that imprisoned them for their faith. Upon release many resort to fleeing the country fearing yet another arrest or poverty.

The towns of Barentu in the west, Adiquala in the south and Dekemhare near Asmara are said to have the highest populations of Christian prisoners of conscience. Dr Berhane Asmelash, Director of Release Eritrea stated ‘It is hard to comprehend why the Eritrean government is persecuting Christians. This is so barbaric and unacceptable to keep innocent citizens in dungeons for over ten years, and should be strongly condemned by all justice and peace loving people. Please pray for prisoners as well as for the underground church workers.’

Meanwhile, our partners in Asmara have confirmed that the detained Orthodox Patriarch Abune Antonios, who has been under house arrest since 2005, is in good spirit and a relatively healthy status. The pontiff continues to earnestly pray for the church and bless the people of Eritrea. 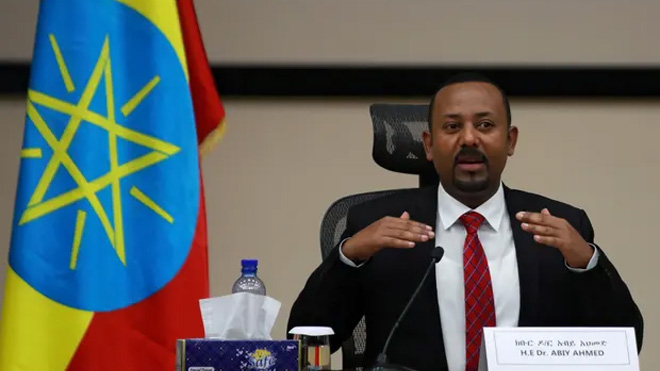 Abiy Ahmed consistently DENIED that troops from neighboring Eritrea have not been in the Tigray...