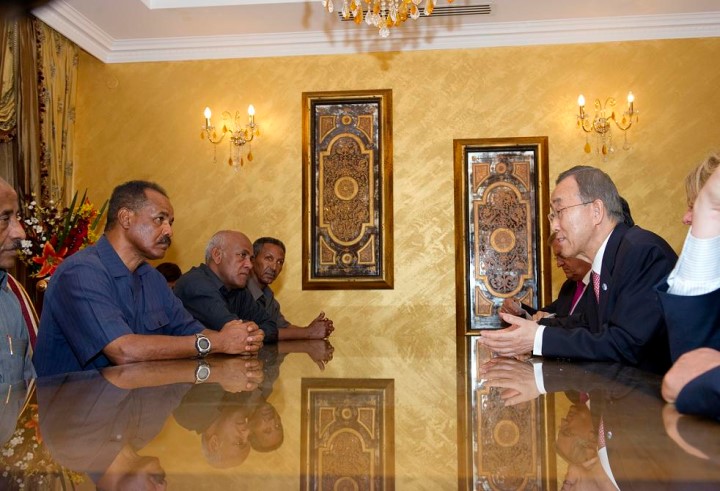 Events in the last twelve months indicate growing discontent inside Eritrea’s tightly controlled regime, as well as deepening political and social divisions. While the mounting number of incidents suggests that President Isaias Afwerki’s regime is vulnerable, with increasing concerns over its ability to stay in power, the country would face numerous institutional, socio-economic and geopolitical obstacles during and after any transition. A careful assessment of these, as well as the role neighbours and the wider international community could play, is urgently needed to help avoid a violent power struggle that could prove dangerous for the Horn of Africa and potentially – as Eritrea is a littoral state – for the Red Sea region.

Isaias’s disappearance from public view for several weeks in April 2012 amid rumours of his illness and death made evident the lack of a succession plan. In March and May 2012, the Ethiopian army made incursions, revealing the Eritrean military’s disastrous state. Subsequently, a number of defections reached media attention: pilots flying the presidential plane absconded in October, the information minister (a close ally of the president) vanished in November, and the national football team requested asylum in December. Meanwhile several thousand – predominantly young – Eritreans fled every month, preferring the danger and uncertainty of refugee camps and illegal migration routes to the hopeless stasis at home. Then, on 21 January 2013, approximately 100 soldiers rebelled in the capital, Asmara, taking control of the information ministry for a day.

It is difficult to predict what an eventually post-Isaias Eritrea will look like: after and in spite of 21 years of forceful nation-building, fault lines, especially of ethnicity, region and religion (Christians versus Muslims) are still there, some deeper than before. Since the state lacks any institutional mechanisms for peaceful transition of power or even a clearly anointed successor, instability is to be expected, with the corrupt army the likely arbiter of who will rule next. But even the generals appear split over loyalty toward the president.

To reduce the risk of instability in Eritrea and its neighbourhood, a broad coalition of international actors should take precautionary moves, including immediate and decisive efforts to promote dialogue on avoidance of internal power struggles and mediation of a peaceful transition. This could lead to opening of political space and normalisation, both domestically and internationally. Any opportunity should be seized to bring Asmara in from the cold. UN-imposed sanctions (imposed for support of Al-Shabaab in Somalia and other destabilising activities) should be kept under active review. The European Union (EU) and U.S. should work with others, such as Qatar and South Africa, that have better relations with Eritrea’s ruling elite and could facilitate constructive engagement. Member states of the regional Intergovernmental Authority on Development (IGAD) should welcome Eritrea back and encourage normalisation of relations.

If, as many believe, formal diplomacy remains blocked, Ethiopia, Sudan and Djibouti should engage with exiled opposition parties (including armed ethnic fronts) to encourage proactive engagement with dissidents in Asmara, promote dialogue and agreement by them not to use  force that could lead to a protracted conflict and have repercussions for the entire region.

This report examines the regime’s vulnerabilities, maps out six possible scenarios for a post-Isaias Eritrea and identifies the main risks and opportunities the country and the region would face. Concerned Western partners, neighbours and governments with special relations with Asmara could play a vital role in preventing a major humanitarian crisis or even the state’s collapse.

To avert chaos and further displacement of populations; bring Eritrea in from the cold and promote talks with President Isaias Afwerki and the current leadership

To regional and wider international partners:

1.  Accept Eritrea’s request to rejoin the Intergovernmental Agency for Development (IGAD), and so reactivate regional dialogue as per the organisation’s mandate.

2.  Re-evaluate UN Security Council sanctions on Eritrea in light of the latest UN Monitoring Group on Somalia and Eritrea report, so as to incentivise improvements in Eritrean behaviour.

3.  Enhance the European Union (EU) Horn of Africa strategy to promote regional economic integration and dialogue through the mediation capacities of the EU Special Representative for the Horn of Africa, and include Red Sea security in his mandate.

In the event of a transition

To the U.S., EU and countries with special relations to Eritrea:

5.  Support a frank assessment of the country’s socio-economic situation and development needs, including disarmament, demobilisation and reintegration and security sector reform programs, as well as projects for the reintegration of asylum seekers scattered around the world.

7.  Engage with the diaspora – including refugee youth and opposition groups – and promote their proactive engagement with an eventual new government.

8.  Promote dialogue with the new leadership and encourage a national conference to open space for inclusive political developments.