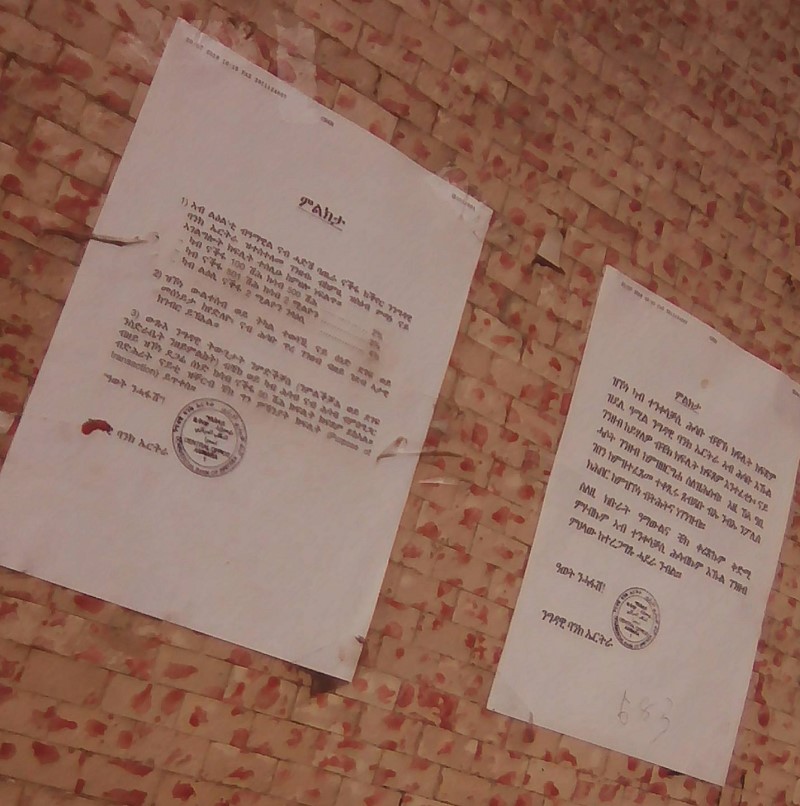 Freedom Friday (Arbi Harnet) Activists inside Eritrea report that the Eritrean public is suffering from draconian control over every financial transaction as a result of new banking rules that continue to be introduced following the currency change at the close of 2015.

At the end of 2015 the regime in Eritrea introduced new currency forcing people to pay in all the cash in their hand into the banks. However it has since been disclosed, by the banks, only 40% of the money believed to be in circulation at the time was actually paid in, leaving the remainder 60% totally unaccounted for.

Since then the regime introduced new rules prohibiting individuals from withdrawing over 5,000 Nakfa (about $316.47), out of their accounts per month. Additionally all transactions over 3,000 Nakfa are decreed to only be made through bank transfers with no cash exchanging between individuals or companies. These rules mean, much of the cash in the country is actually held hostage by the banks and there is very little cash in circulation making it difficult for people in everyday life.

National security forces are heavily engaged in ensuring that cash flow in the hands of business people (including small traders) is limited. They make stringent inquiries, putting immense pressure on owners of businesses to account for every penny they withdraw from banks and also any cash they have made in profit.

A recent, surprise announcement has also made it clear that those who paid in their old currency into the banks will be levied with a heft percentage in transaction charges for the services. According to a notice, a picture copy of which was enclosed with the report sent by Arbi Harnet activists, there will be a levy of 2% -4% of the amount paid in, charged for swapping the old currency with the new one.

Additionally, the banks have also introduces extreme measures against those who are caught up in banking errors when transacting in cheques, which is new and alien to the society. According to the notices in the pictures accompanying the report sent, anyone found to be paying checks where they don’t have enough funds, will be charged with a serious crime of currency forgery.

According to the report people are really sad about the loss of control over their hard earned money and particularly anxious about ability to cover emergency expenditures such as urgent medical needs. The activists consider this a continued violation on top of the gross and systematic violations the regime has been perpetrating against its people for many years.