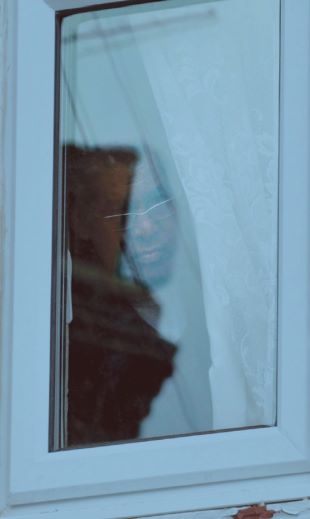 Behind the white transparent curtain peeps a man. He neither wants to talk to us nor does he want show himself. His name is Naizghi Kiflu and is responsible for Dawit Isaak’s eight years detention in Eritrean prison. He is neither charged nor brought before a court of law. He is serving indefinite detention.

In his capacity as a Minister of Information, Kiflu was an architect and enforcer of massive crackdown on opposition groups, journalists, priests and clergymen in Eritrea in 2001.

Léonard Vincent of Reporters without Borders wrote in a report published last year that thousands of people were arrested and thrown into jail without trial.

He is mostly at home

One of those who were arrested eight years ago was the Swedish-Eritrean journalist, Dawit Isaak. Isaak is still languishing in jail in contrast to the peace and quiet and luxurious life Kiflu leads in the environs of London.

Kiflu has been forced to slow down because of his illness, and at the present he rarely leaves his home except when he visits his local hospital for recurrent dialysis at the expense of the British taxpayers.


When Aftonbladet went to see him at his home, we were told by his wife that he was in bed sleeping. She said “He does not want to talk to anybody” and shut the door behind her. 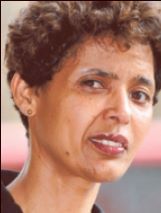 “It is scandalous that he is able to lead a normal life in this country. He is a monster” says the Eritrean human rights activist, Elizabeth Chyrum, who has spent three years documenting Kiflu’s life.

She has talked to many Eritrean refugees who had been subjected to Kiflu’s heavy-handed and extremely cruel methods. It was Kiflu who gave the order to arrest Dawit Isaak. He shows no sign of remorse. On the contrary, he sometimes brags about what he used to do.
Elizabeth Chyrum and  Redress, who support victims of torture have reported Kiflu to the police. So far, at least three direct witnesses have been interviewed by the police. Up to now, the investigation has not resulted in prosecution, but the case is still open.

One of the witnesses who was recently interviewed by BBC  radio anonymously known as “Berhane” said that he had personally witnessed the death of eight of his friends in jail. He had met Kiflu inside the jail.

Kiflu is brutal and heartless. Many people have lost their lives because of him. Many have disappeared and many are in jail, says “Berhane.”