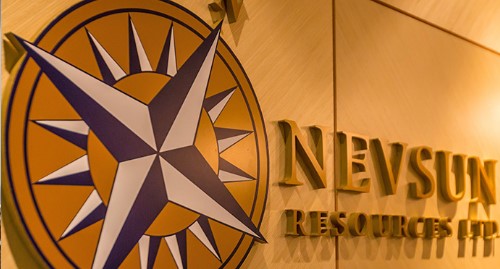 Nevsun Resources Ltd. (TSX:NSU) (NYSE MKT: NSU) (Nevsun or the Company) reports that the repairs to the mechanical issue with the ball mill, previously reported on March 13, 2015, are ongoing and the Bisha plant remains on-track for re-start later this week.  While there was an act of vandalism at the Bisha plant late last week, there was no significant impact to operations and no personnel were harmed.

The equipment supplier Thyssen-Krupp AG, who had mobilized to site, have nearly completed replacement of the ball mill gear box bearings and re-installation of the gearbox is imminent.  During the outage, some additional preventative plant maintenance that was scheduled for Q2 2015 was accelerated and ore mining was switched to waste mining to facilitate ongoing strip requirements.

The Bisha Mine experienced an act of vandalism on March 20 during the nightshift in which minor damages were sustained to the base of the tailings thickener, resulting in the release of water into the plant area. The required repairs and cleanup from the incident were minor and are incorporated into the plant re-start later this week. Additional safeguards have been adopted to ensure site and personnel safety and security while the Eritrean and mine security forces undertake an investigation.

About Nevsun Resources Ltd.
Nevsun Resources Ltd. is a Vancouver-based mining company with an operating mine in Eritrea.  Nevsun’s 60%-owned Bisha Mine ranks as one of the highest grade open pit copper mines in the world. Nevsun has a strong balance sheet and future cash flows to grow shareholder value through exploration at Bisha and acquisition of additional mining assets.