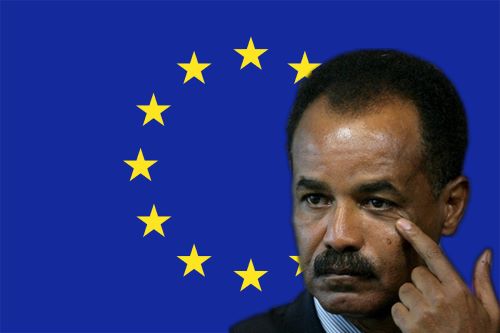 Eritrean movements attack the European Union for its plans to open a “new engagement ” with the Eritrean government.

A consortium of Eritrean groups, from across Europe are appealing to European politicians not to offer aid to the government in Asmara until it has implemented universally accepted human rights.

In July this year Italy’s Deputy Minister of Foreign Affairs, Lapo Pistelli, made an official visit to Asmara. He was fulsome in his praise for his hosts, saying that he found them “well informed and keen to engage.” The enthusiasm with which he greeted this “new beginning” was reflected in the official communiqué put out by the Italian government:

“It’s time for a new start”. This was Deputy Minister Pistelli’s comment during his visit to Asmara – the first visit to Eritrea by a member of the government since 1997, with the mission by the President of the Republic at that time, Oscar Luigi Scalfaro. “I am here today to bear witness to our determination to revitalise our bilateral relations and try to foster Eritrea’s full reinstatement as a responsible actor and key member of the international community in the stabilisation of this region”.

This attempt to re-establish ties with the Eritrean government is driven by the record outflow of refugees from Eritrea arriving in Europe. In 2014 almost as many Eritreans have arrived as Syrians, according to the United Nations refugee agency. They are driven from their country by the deplorable human rights and the prospect of indefinite military service.

Eritrean civic organizations, representing the large European diaspora, are appealing to the EU not to make this mistake again.

This report explains that there is no prospect of ending this exodus until Eritrea’s human rights record improves. The European Union must remain true to its commitment to human rights as an integral part of the development process, and not sacrifice these principles in a vain attempt to tackle the refugee exodus.

For further information contact Selam Kidane (+44 7931 554 136 or This email address is being protected from spambots. You need JavaScript enabled to view it.)