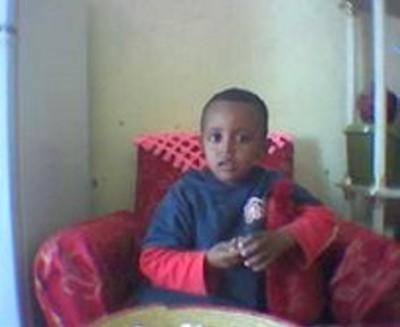 Assenna.com has learned of two distraught Eritrean parents who had been denied the right to unite with their child because of their political views. Fidel Amanuel Mengis who is now 8 years old has been separated from his parents for almost seven years.

Fidel’s parents invoked Children’s Rights, Article 9 to which Eritrea is a signatory, part of which states: “A government will do its utmost best not to separate children from their parents.” To the contrary, Fidel’s parents state that Eritrean government is doing precisely the opposite. For more information on the Article in question, here is a link for your reference: http://www.unhchr.ch/html/menu3/b/k2crc.htm

Fidel’s parents along with their two children are inviting the public to join them in their peaceful demonstration at the following date, time and place: