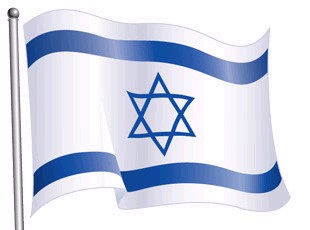 “Interior Minister Eli Yihsai has drawn up a plan according to which the Foreign Ministry would approach Eritrea in a bid to return some 13,000 of its citizens who have infiltrated into Israel.

“Yishai presented the plan in a letter to Foreign Minister Avigdor Lieberman. "According to professional elements in my office one can hold talks with Eritrea in order to find solutions for the problem of infiltrators, since Israel maintains diplomatic relations with the country," Yishai noted.” Yishai wants to send infiltrators back to Eritrea

Two things need to be noted here for their importance, First, the magnitude of the proposed deportation is breathtaking: 13,000! That is about every Eritrean that has entered Israel. Second, notice the deliberate labeling: they are no more refugees; they are “infiltrators”. Of course, the labeling is done in very deliberate, cold-blooded manner. Once you call them infiltrators, you are not morally or legally bound to give refuge to them. What is more, for the sake of Israel’s security, you are then obliged to deport them back to their country.

In light of the above, it is very important for us Eritreans to understand what Israel’s proposed “Infiltration Prevention Bill” is meant to accomplish when it comes to the refugees from Africa, in general, and refugees from Eritrea, in particular.

Below is a commentary/memorandum written by Stephen Lendman in “Dissident Voice” that throws light on the nature and intent of this bill.

International law protects refugees and asylum seekers, Article I of the 1951 UN Convention Relating to the Status of Refugees calling them:

“A person who owning to a well-founded fear of being persecuted for reasons of race, religion, nationality, membership of a particular social group or political opinion, is outside the country of their nationality, and is unable to or, owing to such fear, is unwilling to avail him/herself of the protection of that country.”

Post-WW II, the UN High Commissioner for Refugees (UNHCR) was established to help them.

To gain legal protection, they must be outside their country of origin; fear persecution; be harmed or fear harm by their government or others; fear persecution for at least one of the above cited reasons; and pose no danger to others.

The Knesset’s 1950 Law of Return grants every Jew worldwide the right to live in Israel as a citizen. Yet no refugee law exists, despite Israel being a signatory to the 1951 UN Convention. Instead, unpublished Ministry of Interior procedures and secret inter-ministerial determinations are made on a case-by-case basis.

As a result, Israel has the lowest percent of requests granted (for temporary, not permanent status) compared to western states – 1% in 2005, under 0.5% in 2006, and in 2007, 350 refugees got temporary protection, 805 others were denied, and 863 were under review, after which most were rejected.

Legitimate refugees aren’t granted permanent status. At best, they get temporary limited stay permits, bi-annually renewed if it’s determined that country of origin dangers remain. Most often, however, they’re summarily denied (including for women and children) or imprisoned for extended periods under very harsh conditions.

Yet according to international law, Israel is legally and morally bound to help them, although it may establish laws and procedures to do it. Consistently, however, its record is shameless as the least hospitable nation compared to western ones.

Israel’s 1954 Prevention of Infiltration Law was enacted to criminalize fedayeen freedom fighters, deny Palestinians their right of return, and deport them if they came. Now there’s a new proposal to replace the old law, the Infiltration Prevention Law, one the Association for Civil Rights in Israel (ACRI) calls “one of the most dangerous bills ever presented in the Knesset.” If passed, Israel’s international law obligations will end under proposed provisions to imprison refugees for up to 20 years, even if they committed no crime, or summarily deport them to potential death in home countries. In addition, human rights organizations and activists helping them may also be criminally prosecuted.

Besides mocking democratic freedoms (including for Jews) and international laws, this bill takes Israel one step closer to fascist rule, an accelerating track fast with each new policy.

Advanced by the Defense Ministry, Deputy Minister MK Matan Vilnai presented it to the Knesset plenum in May 2008, after which it passed its first reading by a 21 – 1 majority. In June 2009, under a new government, a continuity rule was applied to consider it. On February 3, 2010, the MK-headed David Azoulay Internal Affairs Committee began deliberations.

Its main provisions include:

According to estimates, up to 20,000 asylum seekers are currently in Israel, 85% from Sudan and Eritrea – the latter country Israel’s Justice Ministry calls a dictatorship with widespread violations of human and political rights, including imprisonments without trial, religious persecution, and disappearances.

“Lies and Reality:” Fiction and Facts

“They aren’t refugees. They are labor infiltrators.”

According to former Immigration Authority head, Yaakov Ganot, “In our examinations, I would say that 99.9% of them are here for work. They’re not asylum seekers. They are not at any risk.”

The prime minister and various other officials repeat the lie. Israel’s media report it, and people believe it. In contrast, the UN gets a different story – like keeping two sets of books, one real, the other fake.

Israel tells the UNHCR that 90% of asylum seekers are legitimate refugees, the world body then publishing what it calls “accurate, relevant and up-to-date statistics.” In contrast to Israeli policy, it says Islamic Shari’ah affirms the right to asylum. It represents ”the deep-rooted Arab traditions and customs which have served as a solid foundation for the protection of those in need, and stresses that Shari’ah embraces a number of humanitarian principles which are at the heart of international refugee protection (UNHCR 2010 Regional Operations Profile – Middle East).”

“Based on our examinations, they are not refugees.” Israel claims it follows accepted asylum review procedures and makes honest determinations.

Israel lies. In fact, 90% or more of applicants aren’t checked, mostly from Sudan and Eritrea. In contrast, according to a UN report, 96% of Eritrean requests were granted worldwide, and many western states routinely admit Sudanese refugees.

Israel grants collective “temporary protection,” what ACRI calls “an unstable status without any real rights – that protects them from deportation, and refuses to conduct individual examinations of asylum requests, which would allow it to recognize asylum seekers as refugees.”

Previously, Israel followed the same procedure for legitimate Democratic Republic of Congo, Liberia, and Ivory Coast refugees, and by so doing, claims “there are no refugees in Israel” – by excluding them from the asylum system.

Currently, only a small number of requests are reviewed, most rejected. In fact, since 1948, Israel accepted only 190 asylum seekers as legitimate refugees.

Following its “Hot Return” policy, Israel summarily deports refugees, including ones legitimately fearing grave harm or death. The Infiltration Prevention Bill formalizes this practice, without review, at the discretion of untrained soldiers – in violation of international law.

Israel never observed them. The proposed bill makes it policy with provisions in fundamental violation, including prohibitions against:

The bill is the only way to detain criminals or security threats.

The 1952 Entrance to Israel Law addresses these issues fully. Suspects may be detained if they threaten Israeli security or its citizens, ACRI noting: “….the proposal to formalize the ‘Hot Return’ policy indicates that the (proposed) law’s objectives do not relate to security. The State of Israel detains individuals that threaten (it) and is not quick to deport them.”

Refugees pose a security threat. On January 21, 2010, Ynet reported that:

“IDF officers told Netanyahu that Al Qaida and its offshoots may attempt to send Sudanese refugees across the Egyptian border and into Israel with the aim of setting up terror cells in the Jewish state.”

No Israeli asylum seeker was ever charged with terrorism or an attempt to commit it. Claiming it is a lie. In 2006, when Darfur refugees began arriving, Israel detained them as security threats, later lifted, as unjust and unwarranted, by court order in August 2007. Making false claims now is an attempt to gain public support for the oppressive new bill.

Refugee arrivals deteriorated employment conditions in cities like Arad and Eilat, again Netanyahu quoted by Ynet on January 21, 2010 saying: “They are causing socio-economic and cultural damage and threaten to take us back down to the level of the Third World. Anyone walking around Arad, Eilat, or even south Tel Aviv today, can see this wave, and the change it is creating, with their own eyes.”

The Olmert and Netanyahu governments, in fact, sent refugees to Arad and Eilat. In 2007, the “Gedera-Hadera” restriction was introduced, was binding for 18 months, and prohibited refugees from living north of Gedera or south of Hadera. Violators were arrested, the idea being to force them to less desirable peripheral areas against their will and keep them there.

They’re not given formal work permits or rights so employers can freely exploit them with below minimum wages, no benefits, and poor working conditions.

On October 22, 2008, a Jerusalem Post.com report headlined “Israel has the highest poverty in the West,” saying: “OECD report(s that) 1 in 4 Israelis (live) below the poverty line – 2.5 times the average in the developed world…. The report also stated that Israel’s socioeconomic divide was the third highest, below Turkey and Mexico, and Israel was criticized by OECD for the failure of its fiscal policies to bridge the gap between rich and poor. (In recent decades) economic growth… benefitted the rich more than the poor,” what’s been happening in America since the 1970s at an alarming rate, Israel mirroring its closest ally.

He and Netanyahu also claim cracking down on infiltrators will make it a stronger candidate for OECD membership.

OECD criticizes Israel’s asylum policy and recommends it be elevated to international standards. Mentioned is the low number of recognized refugees, no “public integration or support program,” and other serious flaws need correcting.

Of the 190 refugees Israel accepted since 1948, over 100 left according to UNHCR figures. In 2007, the Olmert government granted temporary status to the first 500 Darfur arrivals. Since then, many left and others plan to as well. The reason according to ACRI:

“Many western countries have refugee and migrant quotas. Unlike Israel, they understand their international obligation and invest resources in absorbing refugees. A main condition for filing an emigration request is legal residence in the country (where) filed. By refusing to review asylum requests by Eritrean and Sudanese refugees, Israel is withholding their chance to emigrate to another country, where many of their relatives have already settled.”

Most asylum seekers trapped in Israel “can not return to their home countries and can not emigrate to other countries that absorb immigrants.”

In sum, ACRI calls the proposed Infiltration Prevention Bill “a form of abuse, not a policy.” It bogusly says legitimate refugees are security threats.

During the Olmert administration, an inter-ministerial team was established to formulate clear asylum policy, including status, health, employment, welfare, education, and other issues. In August 2009, it was disbanded with no conclusions after its head, Yaakov Ganot (also in charge of the Immigration Authority) was appointed Transportation Ministry director general.

With no clear policy, the Netanyahu government now promotes the Infiltration Prevention Bill as a “magical solution,” one that will harm refugees and for many returned home cause their deaths.

The following human rights organizations call on Israel “to withdraw this bill and formulate a proper asylum policy:”

Israel mocks fundamental international law principles, and won’t consider them unless nations with enough clout apply strong pressure, something very much absent in giving its government a free pass.