Eritrean protest marches and symposiums in Washington D.C. are a few days away. Michael Abraha spoke with Rezene G. Michael, North America Chief Representative of the Eritrean Democratic Alliance. Michael first asks Rezene if he could shed light on what to expect and what role EDA is playing in the coming events. 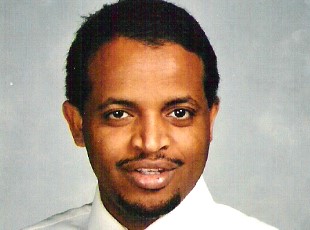 Rezene G.Michael: The Eritrean Democratic Alliance and the Eritrean Global Solidarity are hosting the Washington Diaspora events which start on June 18 and continue through June 21. On June 19, there will be a peaceful demonstration in D.C. with celebrations of Martyrs Day in the evening. That same day we will hold a joint meeting of EDA and EGS with US State Department officials. On June 20th, there will be EGS sponsored symposium where EDA is presenting a paper along with other EGS participants. On June 21st , we will meet with youth and community elders to informally evaluate the outcome of the events.

Q:  What message do you want to convey and who do you particularly want to hear it?

A:        Our voice and message is clear and it is the message of the voiceless Eritrean people who are struggling under a repressive regime in Eritrea.  We are echoing their suffering and their wishes to the world community. We want the world to know Eritrea is a big prison and we are struggling to free our people from tyranny. We are using all legal avenues under the US law to expose the regime and also create alliances with other democratic forces of the world to bring change in Eritrea. We also want to let the world know that Eritrea deserves rule of law and democratic constitution. This event will spark hope in our people so that they will be organized and reorganize themselves and make history once again to free themselves from the Eritrean dictator and create a system whereby the people have a say.  For those few who have put their interest before the interest of the people and are serving the regime, we urge them to free themselves and side with the Eritrean people.

Q:        The Eritrean leader, Isayas Afewerki, says the real enemies are the UN, the African Union, the CIA and anyone else in between. Is this simply to divert attention or is there any truth to his claim.

A:  This is an old propaganda of the regime which is called the politics of fear. This has no room in the time of information and technology. The Eritrean people know that they are suffering under this regime and change is inevitable. The regime is terrorizing the people while at the same it is trying to destabilize the Horn of Africa. It is a misguided system and will naturally collapse. The world community is intolerant of this kind of system and that is why it is in a defensive mood now to cover up its evil acts. It is blaming everybody else for its failures including the UN, AU, IGGAD, Woyane, etc.  As it breathes its last, the regime is killing the Eritrean people as well as their identity and culture. We have a lot ahead of us. We will have to start building from scratch. Above all,    it is time to save the nation before a power vacuum is created and the nation is in havoc.

Q:        There is growing sympathy and solidarity with the Eritrean people. But justice and democracy have to be built and developed by the Eritrean people themselves. Those in power will do everything to defend the status quo. What should be done?

A:        Yes, the sympathy and solidarity are encouraging. And our message to those few who have chosen to serve as a backbone to the brutal regime, change is on the way and justice will prevail. Good will prevail over evil. It is our responsibility to urge those collaborating with Eritrean dictatorship to join the forces of change by empowering EDA, EGS and other democratic groups. Those who want change have to come together and march with one voice. When the very existence of the nation is at stake there is no room for political differences among the forces of change.

(Rezene G. Michael is also Central Committee Member of the Eritrean People’s Movement. Rezzene moved to the US after completing his graduate studies in South Africa)