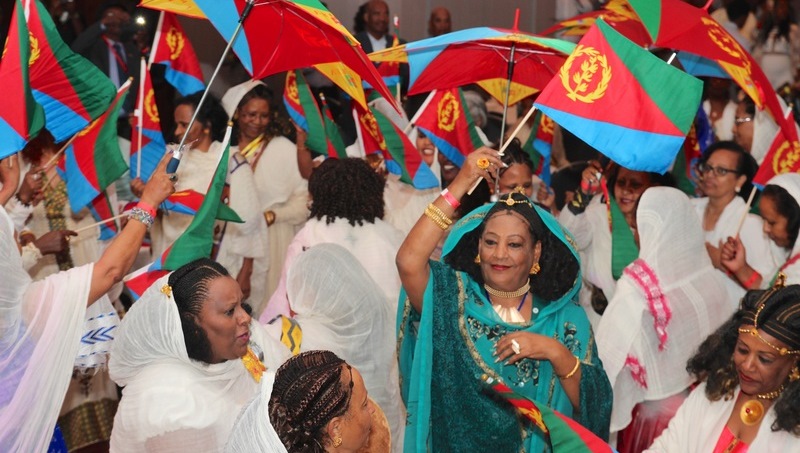 The Phoney World of Eritrea

The main activities of the 'Kremti' season in Eritrea, months that coincide with the summer season, start off with Independence Day celebrations.  Then it is followed by Martyrs’ Day. The two national holidays are complemented by various graduation ceremonies throughout the country.  Then the agricultural activities, summer work programs that involve the youth kick in. By that time preparations for the new Sawa recruits become operational while those who completed their military training vacate the premises and head to attend various festivities.  Many visitors from abroad also flock into Asmara in time to attend the Expo national festival.  That is the ‘official’ account given to the PFDJ (government party) aficionados – in a form of a veiling for the actual circumstances in the country.

These flurries of activities are designed to create a happy and positive feeling among the citizens.  Feel-good stories appear on government sponsored media with added twists and accounts that stretch the truth. The government, rather dishonestly and in order to obtain a lot of mileage out of the publicity, portrays such ceremonies as the pinnacle of patriotism. The leaders very well know that after the graduates reach the pinnacle of their student career, for instance, then they would plunge into a different world altogether.  That side of the account is not covered in the news.

Eritreans have learned to consume the regime’s side of the story with a grain of salt.  They know that half-truths and fake news are common.  For instance, the government claims that “these higher education institutions are managing to deliver qualified and productive citizens who work for sustainable national and regional development.”    How can such a statement be true when the 'productive citizens' go absent without permission after graduation?  The government states “that the graduates are given a chance to chase their dreams,” when in actual fact they are chased out by the endless servitude (national service) they are made to face after graduation.

Here is another example of government misinformation.  The government states, rather audaciously, that female participation in higher education in all of the Eritrean colleges is increasing rapidly. That is true.  However, the reason for the increase is due to the fact that male participation is drastically decreasing, an issue the government does not address. Male students are first to escape to neighboring countries leaving a huge imbalance behind in the education system.  The ‘increase’ in female participation sounds great when the reality reflects the ominous nature of life for the youth in Eritrea.

Nowadays the demography narrative is slightly changing. Acknowledging, rather cautiously, that graduates are leaving en mass, Eritrea Profile (2 Aug 2017 - Eritrea - Social Remittances and Development) published a long article stating that 'migration is a two-way occurrence'.   The paper falsely claimed that many migrants are returning home (in contrast to the fleeing graduates) with specialized knowledge and skills which are helping to improve development programs in the country. That is a typical example of fake news.  ‘The returning migrants include’ stated the government paper, ‘those who obtain an additional education abroad and return home to serve in public health, education, engineering, policy making, investment and other areas that demand expertise’.   Let alone professionals who are actively employed abroad, even those in retirement age have decided to remain in their host countries.  That has been consistently demonstrated for the last two decades.

That's basically what's going on now in Eritrea: everything revolves around fake news.  Lies sound like facts to PFDJ followers who have been conditioned to misrecognize the truth.   It is indeed wishful thinking to interpret matters as the government would like things to be in Eritrea, as opposed to what the truth is really like on the ground.