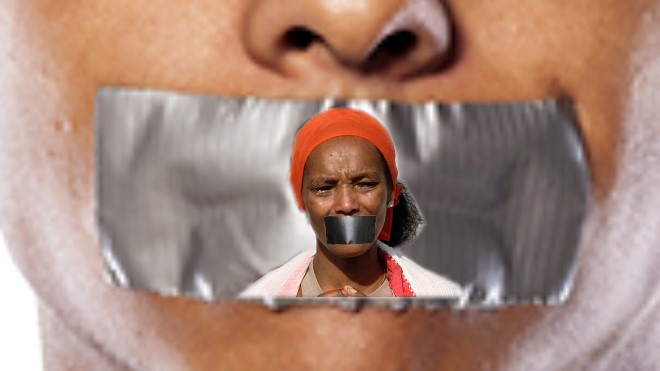 One of the things that continues to baffle the world (the rest of the world) about Eritreans, is the fact that there are people who continue to support the regime that is so obviously causing untold misery to their own people. My own fascination with ‘supporters’  of pfdj (the goons as I have come to know them) is only ever paralleled by my fascination of DIA the tyrant that they worship. However from the perspectives of our long-term wellbeing as a nation, understanding the goons is more crucial than understanding DIA. Here is why….

DIA himself shares characteristics that are strikingly similar (even identical in some cases) to tyrants across the universe: somewhat charismatic, charming to the gullible, but calculating and cruel to the rest of us. The uncanny blend traits including: narcissism and delinquent antisocial behavior is far from unique to tyrants of his stature.  His utter lack of empathy, his thirst for power at any cost and neurotic throttling control over an entire nation is nothing new to the history of tyranny. The continued  lying (about prisoners, about rights, about the economy about anything he is asked about), the  deceit with which he engineered the demise of the Eritrean revolution and ultimately Eritrea itself,  his indifference to the suffering of his people, his trivialization of the traditions or morality of Eritreans are all contained in  the substance of studies that led psychoanalyst like Otto Kernberg  to coin the term “malignant narcissism.” In other words Issias Afworki is a classic tyrant not unlike the many such tyrants that the world has seen before.  His sadism caused the nightmare that Eritreans have been unable to wake up from for close to three decades now.

However the fact is he couldn’t have, and didn’t arise in vacuum; he was infact carried on our very shoulders … the shoulders of Eritreans whom he now treats with utter contempt and specifically the shoulders of the freedom-fighters  and the general public thathe has taken to discard or keep at the mercy of his whim (just look into the eyes of the so called cabinet the next time he gathers them around his table… IF he gathers them that is!).  the dynamics between his malignant narcissism and  the trusting public is what in the end created the undoing of Eritrea.

A careful consideration of the kind of people that continue to support DIA and his desecration project is crucial both in our current fight to rid this curse off Eritrea, as well as a crucial lesson  as we rebuild Eritrea. Liberating Eritreans from the need to support tyrants is immunizing society from the rise of dictatorship in the future. Without such immunization it is guaranteed that we would not be free of the dictatorship even after the overthrow of this one!

There are two classic mistakes that Eritreans (in discussions) make regarding the support to tyranny. The most unfair one of those is, unfairly judging those who trusted the revolution and sacrificed themselves in the name of the revolution, as having supported tyranny. This is at best revisionism trying to judge the past based on the suffering of the present (it doesn’t always add up)… just like the end doesn’t always justify the means.

There were many psychological manipulations that were present during the armed struggle that have had the cumulative result of making us doubt ourselves and the sanity of our ways… and we are still emerging out of that history with wave after wave of Eritreans saying  #Yiakl…the silence of Eritreans is nuanced and it certainly isn’t always support of tyranny, for the most parts it is self-doubt.

The other mistake that is also made is about those that have no choice but to stay silent… using your life’s saving (working as a taxi driver putting up with xenophobia, just holding on to the dream that one day you get to attain the pie-in-the-sky-of-a-home that would make all the sacrifice worth it)… putting up against the humiliation of silently watching as others are hurt becomes just another humiliation that one puts up with on the way to reaching the goal of ‘living the dream’… the clapping in them halls as they are told one more lie and are chanted at with one more deceit is not necessarily  support but rather resignation (look into their eyes as they numbly watch the latest seminar being hurled at them! And you will know what I mean)…

When you exclude both these groups (yes there might be an overlap), you are left with those (the few) that do choose to support pfdj… (with or without the houses and not necessarily because of fear ‘just in case they are wrong about them’). I have come across atleast eight types of people who willingly support pfdj.:

So there you have it… the sheer brute of DIA would have made him a little above የመንደር ዱርየ the adult equivalent of playground bully without the foibles of many in our midst… when fighting DIA we should also understand the system that is maintaining him; the spider’s web network of our insecurities, the unchecked ambition of some, the self-doubt, the confusion, the aiveties and laziness that have become the uncanny safety net that shields dictatorship in Eritrea. It is easy to chant #Yiakl but it will ultimately not amount to much if we don’t dismantle the tenets  f the dictatorship in Eritrea.

If we don’t educate our children to think critically… if we don’t empower women to question the fairness of authority figures… if we don’t eradicate the culture of covert admiration for ruthlessness… if we don’t encourage unique individuality… we  will continue not to just struggling with the current dictatorship, but we will perpetuate dictatorship indefinitely.