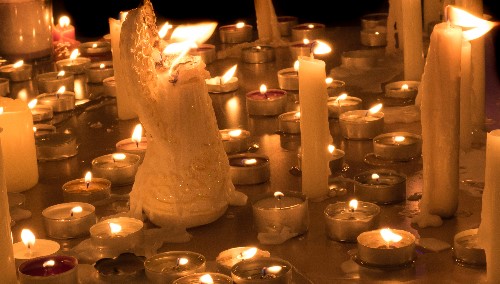 Martyrs’ Day has passed with the Eritrean community feeling awkward about observing the day. But we’ve spent enough time with these games, wouldn’t you say? Shifta this, martyr that, agazian thus?

Can we all just stop and appreciate the fact that the war for independence was a guerrilla war? Have we forgotten that, in sewra, if someone was called to a certain place they couldn’t ask why, much less in front of their peers? They just got up and went, often with nothing but the clothes on their back and the weapons in their hands and waist. Those who stayed couldn’t ask where that person went, for what reason, when they might be back or who they went to see. When the person returned they wouldn’t tell where they had been, doing what and with whom. If anyone asked it was normal to answer that it didn’t concern them. However, sometime the person would not return. Sometimes they would be gone for a long time, or information would come that they had gone to another unit. Other times word would come months later that they had gone on a mission and perished, or that they had been found to be a traitor and executed. Now put yourself in that situation. You are a fighter who joined to free her/his country but you realise the enemy has the backing of the US and then of USSR, with an army many times more numerous than the one you’re joining and much better armed. You understand that the strategy to defeat Ethiopia can only be one of espionage, sabotage and closely kept secrets, with bases and communication codes changing often. Appreciate this fact. Now ask yourself, do you really expect the leadership of the resistance to have been open to the idea of running the war democratically? Where and when has war ever been run democratically anyway? In which world is it that lieutenants and corporals can sit with generals and colonels to vote on who decides strategies and tactics? The ordinary fighters didn’t expect it to be so and only now are we finding out to which horrible extents the leaders went in order to prevent it from being so. It has now emerged that Isaias Afwerki was eliminating not only those who might leak secrets to Mengistu Hailemariam’s army, but also those who might pose a challenge to his authority. It is true, he had people do his bidding. It is true, tegadelti carried this culture of silence beyond 1991. Let’s not forget, they were used to being patient through situations they didn’t like being in. They made a mistake letting Isaias stay in power, and perhaps many of them were injected with a new fear: losing the independence they gained at such high cost. They should’ve challenged him, informed the rest of the population about the risk he posed. Those who were best placed to do so were arrested as soon as they informed the rest of us in 2001, falsely believing that the population, armed with the truth, would rise to their aid if anything happened to them as a result of speaking out. They’d not realised that their behind-the-scenes approach would work against them. So then, given all this, can we really call tegadelti bandits (shifta or shefatu)? Granted some abused their power in criminal ways and there was a secret party within the movement (note: secret), but aren’t we angry that the victims of the abuse of power were themselves tegadelti too and that the secret party deceived tegadelti as well?

The word martyr connotes someone dying for a cause they believe in. Some people these days want to argue that some were rounded up and died without wanting to join the fight. They also point out that some died at the hands of Isaias instead of Mengistu. From this they conclude that such people should not be considered martyrs because technically they did not die fighting for something they believed in or they died as a result of betrayal. There are reasons for which I think they nevertheless should be commemorated on Martyrs Day, but that’s beyond the point of this article.

I would like to invite you to think about what happens when people want to engage you to talk about how tegadelti were shifta, or how those who died were not martyrs but victims. For good measure let’s also add those instances when people want to discuss the issue of Islam versus Christianity, or regionalism. Simply ask yourself, what conclusions can be reached here? What is this person getting at? Don’t worry about the details, they’ll get you to spend hours with them about each point and from experience and looking at how discussions go online I can assure you that you’ll be jumping from one trivial/anecdotal point to another. Don’t bother. Just ask the speaker what their point is: some tegadelti were shifta! Ok, so what? Some of those who died are not martyrs, they’re victims! Alright, therefore?  Some of your neighbours are Muslim/Christian! Fine, what of it? So-and-so is from such-and-such region! Good to know, what now?

I’m sure you can understand there are but a few conclusions they want to get you at: we were misled by bandits so we should re-join Ethiopia which we should’ve never left, or, those who died are not martyrs and their so called legacy is just holding us back, we should forget them, or, Muslims/Christians are bad let’s be rid of them and form a new country/join our natural/original country, or, our region has historically been the best therefore we should rule, etc. I’m also sure you can make out for yourself the destructive nature of such hateful and self-serving suggestions. Most importantly, I hope you can recognise that more than being actual proposals, these are tactics deliberately meant to steer people away from focusing on what matters the most: stopping PFDJ from destroying the country for its own gains and putting your efforts on constructive ways to heal the country and uniting your efforts with fellow justice seekers.

So let me make it easy for you. From this day on if anyone even brings up the topic of shifta just let them know that you’re well aware that Isaias and his group are shifta and that you’re fighting to limit the damage they’re causing. If someone wants to remind you some tegadelti were victims let them know you are aware that there have been many tegadelti and non-tegadelti victims and we remember them all. If someone wants to argue about the merits of one religion over another just let them know you prefer a country where people accept each other’s differences and that’s that. If someone cares to inform you about the hometown of someone’s ancestors you can cut it short by informing them that it does not matter. If they insist on talking more about these points just ask them why, what is they’re conclusion? They’ll tell you one of the reasons I told you about or a variant of them. Thank them for their suggestion and move on to another topic.

We have a big problem: uniting to act as one. The solution might be hard, but we sure won’t get with these fruitless discussions that make us go around in circles for ages; they’ve already consumed our time more than they should’ve, let’s move on.