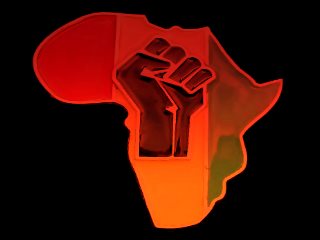 On the 23rd of December 2009, the UN Security Council reached an agreement on a resolution imposing sanctions against Eritrea, for illegal supply of arms to insurgents in Somalia. The sanction was based on a draft resolution circulated to Council members by Uganda in November. The passing of the resolution with 13 votes for, one abstention and one vote rejecting, is a testament to the extensive bilateral consultations that must have taken place in the months leading to the event. It is also a sign of how the international community finally gave up on feeding sacks-full of carrots to a confirmed cannibal of a regime. And so far the response from the government of Eritrea can only be called nonchalant, true to its nature. President Isais casually threatened the international community against the action few weeks ago and since then a succession of Eritrean officials and self ascribed spokes people have simply accused the UN of falling for lies concocted by neighbouring Ethiopia.

The move imposes an arms embargo on Eritrea, as well as targeted sanctions (travel ban and assets freeze) on Eritrean nationals and entities that have been identified with activities likely to violate the arms embargo, provide support to insurgent groups and obstruct the implementation of this resolution and resolution 1862 concerning the Djibouti/Eritrea border dispute or the work of the Somalia Monitoring Group.

The actions (or the lack of action) taken by the government of Eritrea fully testify to a possible miscalculation by President Issias and his advisors as to the resolve of the international community to peruse the matter to the conclusion reached last week. Indeed the government of Eritrea’s concerted effort to alienate rather than engage the International community and particularly the Security Council is rather baffling, given the gravity of the matter. Looking through the various letters lodged to the SC by the government of Eritrea in the 12 months leading up to Dec 2009 it is clear that; either President Isais was ill advised about the resolve within the SC and/or, his ability to manoeuvre the situation by playing the one card that has been played since April 2002, the unimplemented Ethiopia Eritrea Boarder Commission (EEBC) decision. Proponents of the Eritrean regime have now gone further back in history and dug up another trump card to try and taunt the International community with (the 1952 UN decision to federate Eritrea with Ethiopia). Over the last 12 months Eritrea has written to the SC about nine times and accused it of unfounded claims over its relations with Somali insurgents, refused requests for fact finding mission to look into the dispute with Djibouti and accused the SC and US of orchestrating conflict to divert attention from the unimplemented boarder decision. At no time did President Issias participate in any of the debates or attempted to cooperate with the SC’s various options to avert the current status.

It also appears that President Isais and his government miscalculated the ability of his African counterparts at effecting such a feat, possibly counting on the fragmented regional alliances and perhaps also his expertise at divisively influencing regional players into mistrust and away from a mutually beneficial goal. He failed miserably. Not only was Uganda able to exert considerable effort in pushing the draft resolution, it had support from IGAD (the regional economic alliance) and eventually the full backing of the Africa Union as a whole, and this during the presidency of Libya’s Muammar Gaddafi, a staunch ally who would go on to oppose the resolution at the SC.

At a wider global level both China and Russia, known for their inclinations to not support sanctions, did not oppose the Eritrea sanction when either of them could have used their veto to stop it from going any further (China chose to abstain whilst Russia voted for the sanction). This is perhaps the clearest sign of the International Community’s frustrations at the Isaias Afewerki’s relentless disregard for the efforts to engage Eritrea and enabling it to play a positive role in the region.

Notable amongst efforts to bring Eritrea back into the fold, was the ambitious attempt by the European Union and particularly the efforts of European Union’s former Development Commissioner Louis Michel. In May 2007 Michel received President Issias ‘warmly’ in Brussels, about the only official engagement that the president appeared at in the international arena in recent years. The Commissioner called the occasion: ‘…an important event, an international signal for the EU and for Eritrea’ and he went on to say ‘I have very high expectations in this new kind of relations between the Commission and Eritrea’, relations flagrantly at odds with the principles of respect for human rights and freedom of expression, that the EU’s partnerships are said to be underpinned by.

Louis Michel and through him the commission he was heading turned a blind eye to the mounting evidence of the appalling human and democratic rights records in Eritrea, in the hope that Asmara would help in solving problems in the region. At the time Michel actually said; ‘Everybody knows Eritrea is a key partner and a key actor in the Horn,’ in particular citing efforts to bring peace to Somalia. The following two years would see the EU, despite protest from human rights campaigns and in an apparent disregard to agreements that govern partnerships, persistently trying to engage President Issias and his government in a futile attempt to get Eritrea to play a positive role in the region. Eritrea became recipient of millions of Euros worth of EU development fund without any tangible change in its human rights records or any noteworthy contribution to the stability of the beleaguered Horn of Africa. To the contrary whilst the human rights concern in the country worsened over the period, externally the regime was implicated in various high security risk incidents that endanger the entire region with wider consequences globally.

The cracks in the EU – Eritrea strategy were becoming too obvious to gloss over way before the draft resolution was circulated last November. The Swedish presidency of the EU was blighted by Eritrea’s blatant refusal to respond to the Sweden’s continuous request for the release of, Dawit Isaac, a Swedish-Eritrean journalist imprisoned incommunicado without any due process since September 2001.

The Djibouti-Eritrea conflict that erupted in 2008 continued to fester with Eritrea’s repeated denial of its very existence, bringing altercations with France and the US that Eritrea could ill afford. This was exacerbated by the marine security concerns in the region, Eritrea’s persistent obstruction of any scrutiny or collaboration to curb the growing trend was an affront to many. In October Britain, became one of the first nations in the SC (other than the US) to openly call for sanctions against Eritrea, indicating the ever widening gulf between EU official policy and that of its member states.

However the EU engagement of Eritrea would suffer further damage as time and again the EU parliament would call for the Eritrean government to rectify its human rights record, with perhaps the final blow coming from non other than Louis Michel himself, who during a European parliament hearing on Dawit Isaac, on the 9th of December admitted that that relations with the Eritrean president have indeed become more difficult now than they were three or four years back. In an unexpectedly frank speech, Michele sited the biggest obstacle to engaging Eritrea as being president Isaias’ eccentric nature that filters reality and the perspectives of others right out of the equation and hence leaving no room for dialogue or any form of exchange of ideas. Infact Michel reflected on his experiences of conversations with the President as being occasions of listening to endless monologues about redundant or unnecessary technical issues. Whilst there still were some outstanding appointments it sounded like Michel had all but given up on attempting to engage Afewerki any further and with the sanction coming in, in the manner as it did, it seems that the rest of the world had drawn that conclusion too.

The sanction is a targeted one that really does target the regime and its apparatuses, opening up some scope for real change in Eritrea. There is a new horizon in the political landscape of Eritrea and at long last the international community seems to have seen the destructive nature of the Asmara regime and this can only be good news to the long suffering Eritrean public.