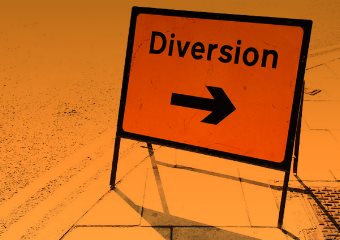 Petros Tesfagiorgis has accused me of having negative thinking, of putting words in the mouth of CDRIE chairman and of being judgmental. I did not put words in any body’s mouth. I quoted the chairman and gave my interpretation of the quote. Everyone has the right to agree or disagree with my interpretation but it is not fair to accuse me of things I did not do. I do indeed have a negative view of the role of CDRIE and its ilk in the struggle for change in Eritrea. Petros is entitled to agree or disagree with me. Whatever position he takes he should explain why he agrees or disagrees. To make matters easier for him I will enumerate why I have a negative view of CRDIE types and expect him to explain why he thinks my views are wrong.

In an article where he judges my view to be negative, accuses me of putting words in somebody’s mouth and doing nothing to help the Eritrean people in their struggles he asks everyone else not to be judgmental. Political activism is about debating issues, supporting ideas that you consider to be helpful and rejecting those that you consider to be harmful. It is about debate and choice. Choice is based on judgment of what is bad and good. I will not therefore accuse Petros of being judgmental because that is what he does as an activist. But I will accuse him of passing judgment without adequate justification. He does not know me and does not know what I do. His judgment that I have done nothing to help the struggle is therefore baseless and therefore unjustifiable.

Let me now enumerate for the benefit of Petros, why I judge the role of the CDRIE types on the struggle to be negative.

I, like most concerned Eritreans, believe that the primary task for us now is to bring about change in Eritrea, and that means removing the Issayas dictatorship from power. The key issue is thus to develop tactics and strategies of removing the regime and implement them.

CDRIE and its types do not believe that removing the regime is the primary task. They believe that the post Issayas scenario, the so-called soft landing is the primary issue. They thus divert our attention from the primary issue of removing Issayas to what may or may not happen after Issayas. The CDRIE types believe that peaceful and only peaceful struggle is the way forward. They have every right to do so. I also believe that peaceful struggle should be our main approach. But unlike me, the CDRIE types condemn every other form of struggle and thus de-legitimize a huge part of the opposition, and a legitimate means of removing the regime.

While all Eritreans agree that all problems between Eritrea and its neighbors including the border problems with Ethiopia and Djibouti should be resolved by legal and peaceful means, and while therefore they believe that the border problem with Ethiopia should be resolved peacefully on the basis of the legal and binding decision of the boundary commission, most do not believe resolving all border problems is the pre-condition for the removal of the dictatorial regime in Eritrea. Issayas argues that this is the main problem Eritrea faces to divert us from the struggle to remove him. The CDRIE types join Issayas in arguing that the border problem has to be removed first in order to bring about change in Eritrea. This position which is nearly identical to the position of Issayas can only serve to divert our attention from the primary task at hand.

The CDRIE types spend a lot of time criticizing the ineffectiveness of the EDA while doing everything they can to make it ineffective. They condemn other members of the EDA when they engage in violent resistance in spite of the fact that EDA has accepted it as a legitimate form of struggle. They try to marginalize other members of the EDA as being violent and under the control of the Woyanes as they did in the Brussels conference. They effectively are in action and words engaged in undermining the only umbrella organization we have and therefore undermining the struggle to remove the regime.

Until very recently they opposed the imposition of sanctions on the regime. Now that sanctions have been imposed and they cannot do anything about it they have given it their half hearted support. They are keeping their old argument in reserve. They are saying that they hope the sanctions will not hurt the Eritrean people. We all know that however targeted the sanctions might be they will hurt the Eritrean people directly or indirectly. Those of us who are convinced that the Issayas regime must be removed as soon as possible are prepared to pay that price as much less than the price we would have to pay if the regime stays in power for long. The CDRIE types do not accept that we have to pay the price of sanctions in order to remove the regime. They will therefore soon begin to undermine the implementation of the sanctions by arguing this or that sanction will hurt the Eritrean people or this or that action will be used by Issayas for propaganda purposes. Petros quotes a statement by Yosief G/Hiwot approvingly. I am sure that as soon as Yosief G/Hiwot outlines his tactics to implement the sanctions regime all the CDRIE types will oppose it in one way or another.

As I have outlined above the CDRIE types are trying to lead the struggle in to a vicious circle (Neti qalsi Yehiwtitwo Alewu)) they do so by diverting attention from the real issue of removing the regime to side issues such as border demarcation or second generation issues such as what happens after Issayas. They do so by undermining the EDA and condemning non peaceful struggle. While insisting on peaceful struggle they reject or undermine one of the most effective means of peaceful struggle i.e. sanctions. The sum total of their actions is to prolong the life of the dictatorial regime. Whether they are in cahoots s with the regime or not is a secondary issues. The fact that in practice they are prolonging the life of the regime is real and not a secondary issue.

Why the CDRIE types do what they do?

The CDRIE types are in effect paralyzing all forms of struggle including the peaceful ones because of their desire to maintain the institutions and the system created by Issayas and at best want to remove one or a few individuals. They have no problem with the system and ideology established by Issayas himself. Therefore, they reject everything that might threaten the system. They want the change to be a controlled experiment in a lab. As there is no possibility of such change they end up paralyzing all attempts to bring about change.

I have in my previous postings explained why I believe the basic political and ideological framework of the Issayas regime is highland Christian chauvinism, and how this ideology evolved and how it is posing an existential threat to Eritrea. Interested leaders can refer to those postings. What I want to stress here is that the CDRIE types share the same ideological and political framework and that is why they are doing what they are doing.

Petros tells us that they are soon going to have a conference on unity. It is typical of the CDRIE types that unlike people such as Yosief G/Hiwot who are using every ounce of their intellectual strength to devise a means of using the sanctions to remove the regime as soon as possible, the CDRIE types are using their strength to outline and defend their concept of unity. I will make a prediction as to what that conference is likely to come up with based on the views of the CDRIE types. It will be an attempt to demonize the legitimate issues raised by Ali Salim. It will be used to articulate unity on the basis of negating the diversity of Eritrea. Some national common identity is going to be defined and the Issayas constitution will be promoted as the ideal democratic constitution because it has no structural mechanism for embracing and accommodating ethnic and religious diversity in Eritrea. In other words the ideology of Issays will be white washed and presented as the only salvation for Eritrea. I chose to prove my case by making predictions of future actions of the CDRIE types because after studying their previous statements I am deeply convinced that Christian highland chauvinism is so deeply imbedded in them that whenever they gather they can do nothing other than reiterate their ideology in one form or another.

May I, in conclusion, challenge Petros to refute my arguments and predictions item by item and based on solid reason and evidence rather than general sermons about judgment and negative thinking. I am sure he cannot refute my arguments based on facts, but if he were to try, then I would respect him as a serious thinker and activist!