Eritrea has long languished at the bottom of Reporters Without Borders’ World Press Freedom Index. Despite this, many journalists risk their lives to report on what is happening in the country. One of them is Stefanos Temolso, who used a false identity for six years to report from within the ruling party. When things became too dangerous, he was forced to flee. Here, he writes for The Dissident Blog about what it was like to work as an undercover journalist. 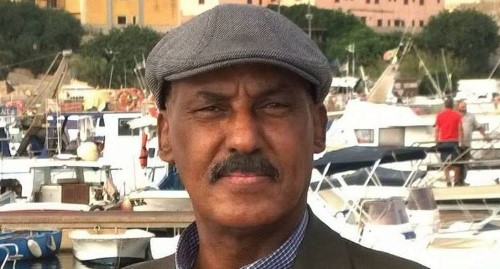 Almost six months have passed since I first wanted to write about my experience of journalism in Eritrea. As I was a prisoner of conscience I was waiting for a rare chance to disclose the brutality of the regime towards its citizens. Of course I never thought the regime would crack down on the slender free press that existed then. Back in 1998, during the so-called “first offensive”, almost every private newspaper tried to write objectively, albeit in a biased manner, about Eritrea. Anything written in a neutral manner would have been suicidal for any newspaper, and its editor or correspondent would have been incarcerated for being a traitor.

Well, then came the breaking news that the Eritrean army was pushed back from its entrenched defense positions and almost a third of Eritrea was under Ethiopian occupation. I remember the interview BBC had with Eritrean prisoners of war while the so-called ERI-TV (Voice of Truth) or Radio Voice of the Masses (Dimitsi Hafash) kept totally silent about the war. The regime had a habit of not disclosing its defeat, and the only time it did so in its history was during the second offensive. Everyone was surprised when the radio echoed repeatedly: “the enemy forces have captured Badme after they attacked our forces wave upon wave.”

The repercussion of the third offensive was so great that a crack appeared in the leadership of the regime. The reformist ministers and parliament members demanded an evaluation of the war which the president refused. So, they began to use the private newspapers to disclose the bad policies of the dictator. The various newspapers began interviewing them extensively and opposition to the regime became widely exposed. In brief, the private newspapers became a mouth piece of the reformist ministers.

It was just days after the third offensive that I was freed on bail. It was natural that I wanted to exercise my freedom of expression for the first time though it was in a pen name. I feel very sad for those who used their real name and became victims of the merciless regime. One of them was my dear friend Seyoum Tsehaye, the freelance journalist and experienced photographer.

Seyoum had also been imprisoned while he was in the engineering corps division of the army, simply for being independent and a petty bourgeoisie. I used to advise him not to write any article in his real name for his safety. But, when I warned him by saying: “Seyoum, you must learn from my case, these people are ruthless and they can lock you up endlessly,” he used to reply, “They can do nothing except imprison me.” Of course, neither he nor I ever thought that he and other fellow journalists would be imprisoned incommunicado for almost thirteen long years. I recall Seyoum’s imprisonment took place just a week after we chatted about the articles he used to write, while we sipped Melotti beer at Bar Gedem located near the Lupano Electronics shop.

To come to my point, I was imprisoned a month and a week after Seyoum was detained and my case was presented to the kangaroo court otherwise known as “the special court”. They do not know the ins and outs of law and they convicted me of negligence, economic sabotage, etc. because the original political case misfired. My initial crime was that I refused to be a member of People’s Front for Democracy and Justice (PFDJ) and I named my son Mussie in memory of the late Mussie Tefamichael, the leader of the democratic movement of 1973 in the Eritrean People’s Liberation Front (EPLF) (Hzbawi Hailtat Harnet Ertra). Anyhow, after serving the remaining seven months of the unjust verdict (four years and four months), I was luckily employed as a financial manager in a shipping company known as Wongobo Shipping and Chartering PLC. The company owned one ship that was registered under the prestigious Norwegian class registration of ships known as DNV (Det Norske Veritas). The company was owned by Dawit Berhane, a close friend of Dictator Isaias Afwerki, now living in Norway as a refugee. Working there was very important for me in the sense that many people considered the company as a property of the dictator and as a result it became a safe haven for me.

In such a manner I started to work as a clandestine journalist. The second factor that changed my image was my first novel Rozan Selien. It was co-incidentally printed just months after I started working for Wongobo Shipping and became a best seller overnight. I did not have the financial capacity then so it was PFDJ’s HDRI publishers that printed it. As a result, I used to go to the PFDJ head office and meet the heavy weights like Zemihret Yohanns, chief of the social and cultural department. In such a manner it became easy for me to hoodwink the notorious security agents. I was interviewed all-in-all three times on ERI-TV and everyone thought I was one of their puppets.

Wongobo Shipping was indeed a secure fortification from which to begin an attack against PFDJ with my pen. There is nothing more calamitous to PFDJ than informing the public about its sins because information is considered counter to its wicked policy of blocking information. I was an avid reader of Awate (a diaspora-based website that writes about Eritrean issues); but I faced some technical obstacles when I first tried to contact Awate staff. It was natural for them to ignore my initial request because they thought I was just another PFDJ thug who wanted to throw dirty linen at them. When I persisted, Saleh Yonus (editor of the website) replied positively and I told him briefly that I was sincere and an ex prisoner of conscience, we became sincere friends as if we knew each other from the good old days.

I then became a clandestine journalist and was given the nickname of “Lieutenant Tesfu Kidane”. I had 24/7 access to the internet and began to write in earnest. The place from which I wrote my news articles was silent, the internet service was in perfect order and I had my own laptop and USB. I used to write the news items on my laptop before anyone came into the office. After I finished and edited the article, I copied it to my USB.  Finally, I would choose a suitable time and go to the Managing Director’s office and send it immediately via email. The next day, a certain meeting of PFDJ cadres, a conference’s events or breaking news of an event would be published in Awate’s pages. Being a clandestine correspondent in Eritrea can be considered as carrying a death warrant, and I feel regret for the people who became a scapegoat.

For almost two and a half years, Awate provided its readers with the latest news on Eritrea. I later came to know that Ali Abdu, the then Minister of Information and propaganda machine of the regime, became so furious that he suspected members of the ministry of sending information to Awate. I felt very sad when I heard later that he forced several employees to give him their email passwords so that he could uncover their secret correspondence. Some were imprisoned and some fled. It is unfortunate Paulos Kidane (a journalist and actor) died when he tried to cross the border to Sudan, although some say he was killed by the regime’s soldiers—as usual no official version was given of his whereabouts. Such is the price of being a secret correspondent in Eritrea. It could be me or you, but it is critically dangerous.

In 2008, the situation became so critical that I myself started feeling insecure. Of course nobody knew what I was doing, but it became a nightmare for me to continue the task. I became irritable and unstable. My wife was observing this change of behavior but could not understand what was really happening to me. I began to openly challenge people who talked positively about the regime.

On one critical evening, while I sat in a pub with a friend, I heard one person praising the regime and we began a heated argument. My friend pushed me on to my feet to refrain but I became a little bit emotional and said words which could land me in the regime’s dungeons. On another day, I was in a taxi after having two beers, and when the taxi driver started talking about the shortage of petrol I began lambasting the regime fiercely. This usually happened if I spent two to three hours with friends in a bar. On the other hand, a close friend who had a good knowledge of the internet told me that the regime could have access to people’s emails. It was a difficult decision but I decided to flee out of the country while I had ample chance.

Now, after almost ten years, I read Ali Abdu’s article where he claimed that he was the correspondent of Awate and the architect of The Belly of the Beast. He also said that he paid a heavy price for it and that was the basic reason for his conflict with Afwerki. Needless to say, the truth is opposite. Ali Abdu was the arch enemy of free press and the right hand man of the dictator. Maybe he thought that Lieutenant Tesfu Kidane was dead and there was no one to challenge him. Free press in Eritrea became a victim of Ali Abdu, who acted as a loyal footman of Afwerki by imprisoning countless journalists, some of them simply because they were straight forward people who did not kowtow to him.

To conclude, I am writing this article in memory of those who paid with their lives for trying to keep the torch of free press burning. One day or another, we will be able to write from inside Eritrea without having to fear the menace of a cruel regime. But I request every journalist to lobby world leaders so that they can pressure the Eritrean regime to free Eritrean journalists who are rotting in its dungeons. Free press forever.