The problem is not that they changed, but remained the same 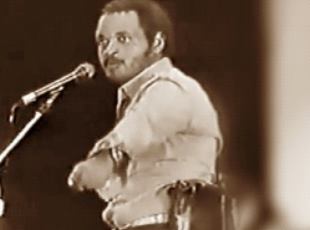 CAPTION: An EPLF Fighter-actor performing in a propaganda show in Europe in 1980’s.

“Did we choose to be rebel fighters because we like it?” a soldier of the Eritrean Peoples’ Liberation Front (EPLF), asks his fellow soldiers during a performance of 80′s, “NO!” the soldiers shout at the top of their lung.

“Were we born this bitter and cruel” he asks again, and again he is met with the same cry, “NO!”

The performer then recites a poem detailing the gruesome everyday life the rebel soldiers (Fighters) endure.

The Eritrean armed struggle (the Ghedli) was at best a horrific path that was taken only for lack of choice. At best it should be remembered with “Thank God it’s over! Now we can have what we fought for: our civilian life! Our true identity!”

God forbid it be remembered as something pure; or the history recited with a nostalgic tone.

Since the revolution was taken to protect Eritrea, then the Eritrea the struggle set out to protect is to be found in the civilian population.

In Today’s Ghedli created Eritrea, The “destination” (removing oppression and injustice, preserving Eritrea’s culture and identity, etc.) stands dwarfed compared to the “path”—the Great Path. So much so that it is worth taking away parts of the “destination” for the sake of protecting the Glorious Path. A path, a horrible path, that was justified ONLY because it was believed the only way to the “destination” (at least that’s what those who paid their life on the path were told).

Whether those who paid with their life were betrayed by their comrades, or they were simply lied into fighting to their death; the jury is still out.

I have lived and worked among EPLF Fighters (or ex-Fighters). Often Fighters will tell you that they witnessed, and often endured plenty of abusive treatments, but they accepted it then because the struggle (Ghedli) was an extraordinary time.

No one doubts there was no democracy in Ghedli. But that was justified in the minds of many at that time because the Ghedli was a military organization. An army commander does not ask his soldiers to vote on best strategy, similarly and a colonel is not appointed by public vote.

Therefore, for many Fighters it was not so outrageous that there was absolutely no democracy in Ghedli and that the line between dis-obedience and treason did not exist then. The problem is that this Ghedli-machine took power in 1991 and did not change. In-fact independence was just a massive expansion of the Ghedli military organization. At independence the Ghedli military organization simply “acquired” the nation.

All the inhuman and cruel handling of the government existed before independence in Ghedli era. There were underground dangerous, corrugated iron prisons, incommunicado imprisonments and disappearances. All the “Otto” and “Helicopter” and “Jesus Christ” torture techniques were not invented after independence by the ‘Warsai’-generation (maybe they were re-named by them). Execution and disappearance of dissenters (real and suspected) was just as common during Ghedli, if not more common.

A perfect example that Shaebia* did not change (except in name) is the issue of the so called G-15. In early 2000’s, a group of government officials (the 15 being most known) decided to question the president on few issues of accountability. They were promptly disappeared. This is exactly what the Ghedli organization did in 1973-74 when some in the EPLF leadership decided to question the lack of democracy. Those who dared to question, commonly known as the Menkae, were disappeared.

I have found zero evidence that suggests the Ghedli organization has changed. On the contrary they remain the same.

At this point I want to clarify myself that it is not my intention to side with one or the other of the two ideological sides among the Eritrean opposition (i.e. the

Ghedli-Romantics or the Young-and-Disillusioned). For me they both agree on the illegitimacy of the current government. Both sides believe the administration is rotten and want to see it crumble down as soon as possible. As I understood it they disagree on “when” exactly the Ghedli-body (as opposed to the Ghedli-administration) was pronounced rotten. I hope this piece of writing does not get entangled in that argument.

So why am I interested to write about this? Because I believe there is a dire need for the opposition to win Eritreans on the intellectual level.

So far Shaebia have been victorious. Shaebia are excellent liars (excellence being measured by how much people one got to believe the lies). Shaebia’s propaganda capacity is no match for our society's intellectual capacity. They would win even both hands tied.

I believe the battle is in opening peoples ‘eyes’. That's why the Shaebia, like all tyrants, is more scared of its own population sitting together and freely discussing ideas than it is of any foreign government. Violence or non-violence, there is no doubt that the intellectual battle has to be won.

One of the pillars of lies that Shaebia has erected in the past decades is that Ghedli identity is a typical Eritrean identity. This lie has been repeated over and over many times that it is assumed true by many and has paved the way for many other lies.

One good example is the term “Warsai”, a common name that Shaebia has dubbed Eritrean youth. Its meaning: “one who inherits”.

Effectively the Shaebia government measures our maturity with how close we come to becoming like Ghedli-era EPLF Fighters (“Teghadelti”). The danger of this type of attempt to change our identity becomes more catastrophic when you consider what identity (norms, values, religious conviction, culture, etc.) the youth have to leave in order to ‘inherit’ the Ghedli-identity? Basically they have to sacrifice their indigenous civilian identity—i.e. their Eritrean identity.

* If you don’t like the usage of the word “Shaebia” replace it by anything you like: EPLF, PFDJ, Tegadelti, or just remark, “eziom!” every time you see the word. It’s all just semantics after all.