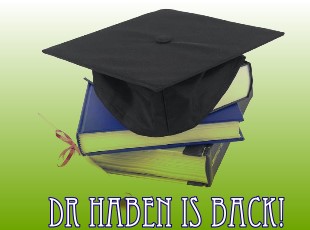 Today I came across the following English word:

1 : of, relating to, or typical of Procrustes

As I was trying to memorize the word I asked who “Procustes” was and thanks to Wikipedia I found the following interesting personality.  Let me give you the quote directly:

Procrustes (the stretcher), also known as Damastes (subduer) and Polypemon (harming much), is a figure from Greek mythology. He was a bandit from Attica, with a stronghold in the hills outside Eleusis. There, he had an iron bed into which he invited every passerby to lie down. If the guest proved too tall, he would amputate the excess length; victims who were too short were stretched on the rack until they were long enough. Nobody ever fit in the bed because it was secretly adjustable: Procrustes would stretch or shrink it upon sizing his victims from afar. Procrustes continued his reign of terror until he was captured by Theseus, who "fitted" Procrustes to his own bed and cut off his head and feet (since Theseus was a stout fellow, the bed had been set on the short position). Killing Procrustes was the last adventure of Theseus on his journey from Troezen to Athens.

In 1959 science fiction novel Eden by Stanisław Lem, Procrustics is the name of a fictitious information-theory based social engineering discipline of molding groups within a society and ultimately a society as a whole to behave as designed by secretive hidden rulers, to create a hideous form of social control in which the very existence of the governing powers is denied and each individual appears to themselves to be free yet are being manipulated and controlled. One example described in the novel is "concentration camps" without any guards which are designed so that the prisoners stay inside apparently on their "free" will.

I cannot help it but think of the PFDJ ideology as procrustean.  Mr. Issays Afwerke has created an “iron bed” ideology in Eritrea.  Those who fit the bed are willing to accept the mal treatment as a “sacrifice” or “as an obligation” and are made to work like slaves and get stretched until they snap with no end in sight.  They are controlled and manipulated and have accepted the ideology as a way of life and as a “cultish” belief system.  The system has created an intimidating ideology.  Most of the young either don’t know there are other systems, and even if they know they are brain washed and become prisoners on their “free” will.   The followers of this procrustean ideology become defensive instead of being reasonable when confronted, simply because their belief system is not based on reason but  on Procrustics, a social engineering handed to them by their leaders.

Watch out if you don’t fit into this “iron bed”.  If you are educated and try to bring fresh ideas to benefit the people, first your ideas will be measured if they fit the “iron bed” then the chopping begins.  Those who figured the GOE ruthless method opted to flee the country even in the midst of danger.  Countless of Eritreans are now in the PFDJ abyss simply because their ideas did not fit the “iron bed”.  Are you religious? Does your faith fit the PFDJ “iron bed”?  If not you are persecuted.  We know of many because of their faith are being tortured. Are you a journalist? Any idea is bad idea if it does not fit to the “iron bed” of PFDJ.  That is why most of the free thinking journalists are rotting in PFDJ dungeon right now.   When PFDJ punishes it is not to correct and discipline, but to torture and break the spirit, in order to rule by intimidation,  and gain complete control and loyalty.

When Issays Afwerke was asked if there will be an election in Eritrea by Aljezeera, his response was a defensive “what election”? For Issayas to ask him about election and talk about democratic process is a threat to his personal ego.  If you ask about any fresh idea that does not fit his philosophy or agenda he becomes defensive and angry, and ends up becoming irrational.   And when he saw the question was not going to go away he said “…maybe in 30 to 40 years”.  Which means when he is in his late 80’s or 90’s or never.  This is a direct insult to thousands of Eritreans who has given their lives and thousands who have struggled for freedom,  dignity, justice and peace.

PFDJ and its leader are an ignominious failure.  PFDJ, its leader and followers are despicable because they lack  the moral fortitude to even show some human decency and mercy to those who fought the Ethiopian government for over thirty years alongside with them.  When the Ethiopian army with all its might was coming to destroy the country it was people like Solomon Petros and others who were planning and leading day and night to withstand the formidable force that was coming against them.   A normal person would think there would be a bond between the central committee that would last for life.  But we all have witnessed a betrayal “ala” Issayas that was much worse than what Judas did to Jesus; or what Meles Zenawi did to Eritreans when he deported them in the most inhumane manner. (At least Meles showed regret of what he did to Eritreans).   This betrayal by the way extended to journalists, religious groups, merchants, landlords, students and the people at large.  We have now a despot leader whose sole interest is to stay in power for as long as possible at any cost, and when the time comes to flee to one of the Eastern countries and live there happily as a billionaire.

It costs to be passive

Eritrean history is full of betrayal.  One of the colonizers who betrayed and who attempted to destroy Eritreans by genocide was Italy.  When Italy was in the horn of Africa they recruited thousands of Eritreans and Somalis soldiers.  The Italians were treating the Eritreans equal to or less than animals.  They dehumanized them, they were used as cannon fodder in wars, they were given the least but were asked to do the most, they were fighting without shoes and the punishment that was inflicted for violating their rules was sever, torturous and inhumane.  When Eritreans die there was no dignity in their burial, they were left where ever they die.  They were not allowed to get the same titles like the Italian soldiers, instead they were discriminated and were offered over three hundred years old Turkish titles. Where as the Somalis were treated with dignity, they were given shoes, better food than the Eritrean soldiers, if they die fighting for them they were buried in dignity and were honored with legitimate titles the same as the Italians.  What was the reason for such partial treatments?  The first time a Somali soldier violated the Italian rule, he was put in public to get punished by lashing.  The courageous Somali soldier faced the Italian leader and told him to his face, “in my country not even our camels get lashing, and you are not going to do that to me”, and he killed the Italian.  Yes, this courageous soldier got his capital punishment but after this sacrifice the Italians began to treat the Somali soldiers with dignity and with fear and trembling.  It is said, one of the reasons of the mal treatment of Eritreans was because of their passive attitudes towards their colonizers and due to their disagreements caused by “divide and rule” tactic played by the Italians.

Ladies and gentlemen, we have reached at a point where  Eriteans are going to die brave or die coward. Majority of Eritreans both inside and outside the country know that they have been shortchanged and are given a “Procrustean” type of government instead of a democratic one.   Despite repeated pleas by the people the government of Eritrea continues to mistreat Eritreans and continues to produce rules and regulations that are cruel, senseless and rules that are not in the interest of the people.  Hence, the people are leaving the country in droves, and those who remain are looking for an opening to leave the country.  If this does not wake up the GOE leadership, to become pragmatic and democratic nothing will. I want the GOE to know that Eritreans have not acted because of fear, but Eritreans are constantly asking the responsible question, what will happen to Eritrea after this government? Do we have an alternative?  Once this responsible question is answered we know change will come and the days of GOE will be over, and they will be due for justice.

Along with the “Human Rights Watch” and as Selam Kidane reported it on Awate.com I would like to repeat the same demands as follows: