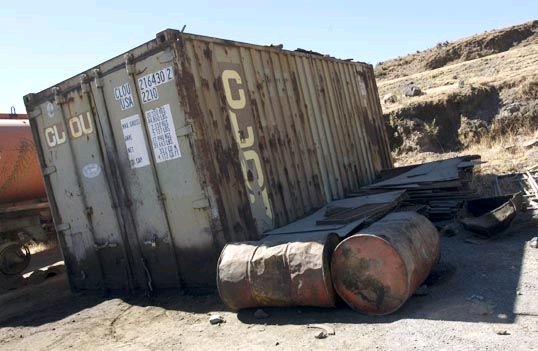 As Eritrea prepares to celebrate Independence Day in May, the West is outraged by the endless brutalities and gruesome collective punishment meted out on the Eritrean population. Authoritarianism has gone dangerously vicious. Human Rights Watch says the country has turned into a “giant prison.” Any man, woman or child seen trying to get out of this giant prison is shot and killed on the spot.

In February, three teenagers were gunned down by soldiers near the Eritrean border for contemplating to flee the country. Their presence in a small town near the western border was construed as attempting to escape. A fourth teenager, who was also shot and wounded, escaped and walked all the way bleeding till he reached Ethiopia. He survived and told the story of the three friends he left behind.

Human rights abuses and man-made hunger are forcing people to flee to unknown foreign lands. Many often get sick or die trying to cross the vast Sahel and Sahara deserts through Sudan to Libya and on to Europe across expansive seas. The UN reports 75 percent of Eritreans suffer from malnutrition that affect brain and body development.

Eritrea is a closed society under a Maoist-Stalinist system of government. Web news journal StrategyPage believes there are up to 100-thousand people in jails and concentration camps throughout the country. It says the Eritrean authorities have created a police state which surpasses anything the N. Korean tyrants have dreamed of.

Independent media work is outlawed in Eritrea. And there are no foreign reporters. Some experts fear the worst: that the permanent news blackout on indefinite incommunicado imprisonment of political dissidents and followers of different religious sects may mean that too many are being massacred in prisons and concentration camps. Observers cannot be blamed for sounding alarms. The government has to be condemned for banning freedom of the press.

Presiding over this nation in distress is Isayas Afewerki. He likes to ‘cook’ or ‘freeze’ his enemies in metal shipping containers. Many die as a result. Inflicting pain and death on dissidents is common practice of tyrants. Idi Amin is said to have kept severed heads of enemies in freezers. Mengistu Haile mariam reportedly suffocated and killed Emperor H. Selassie and then buried the royal body right below his toilet room.

No change is in sight in Eritrea. The nation is preparing for independence anniversary celebrations in May. The state T.V., radio and press have been announcing for weeks about the forthcoming Isayas’s address to the nation and his much-talked-about press conference with foreign journalists. Eritreans and their neighbors are not optimistic. Whatever the arrangements, Isayas is bound to offer more of the same: tyranny, hunger and possible war with Djibouti.

Surely, President Isayas will not talk about urgent foreign food aid for hungry Eritreans or his failed self-reliant economy. Nor is he expected to address the issues of violations of human and democratic rights. The President hates any mention of democracy. Marking the country’s independence last year, Isaias told Algezeera TV that he would not allow democratic elections in his country for another three to four decades.