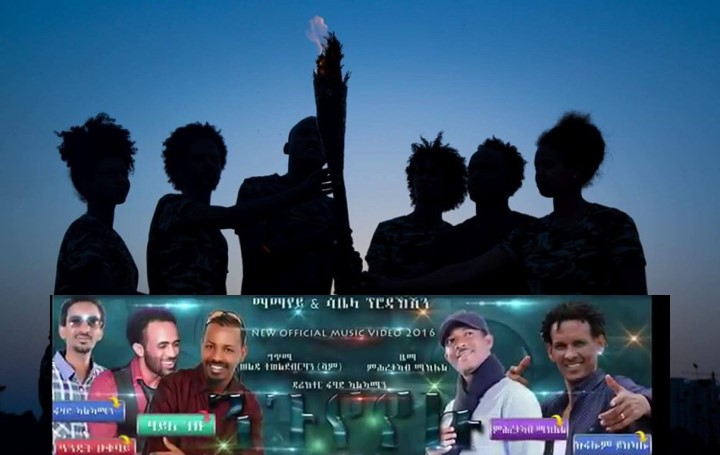 In the past it was the power of the young that changed the world of Eritrea. Moreover, the young artists of the time, the likes of Tewelde Redda who stuck their necks out to echo the mood of the young and the rebellious generation, dared to confront the system through their music. That is how the resistance movement reached a point of no return – through the protest songs that planted the seeds of patriotism in the minds of the young.  They eventually rose up against oppression, the resolve of their browbeaten parents, and more so, against the occupying force.  That is how the world of Eritrea was forever altered in the days gone by.

Under normal circumstances, songs reflect everything - the mood, culture, and conditions of the people. What is the music scene like in today’s Eritrea?  There are two types of music – the ones staged by those inside the country, who have turned out lame, and the ones in diaspora.

Sadly, both the lyrics and performances of those artists who are entertaining the domestic audiences, are somehow exonerating 'the other Eritrea' the regime has brazenly constructed.  Their songs may include many kinds of ‘happy’ emotions such as love and more love songs, but they fail to reveal the true nature of the Eritrean reality – an atmosphere full of sadness, anger, fear, animosity and more.  To be fair to the domestic artists, one can also say they are literally kept on a tight leash.

The diaspora artists, the enlightened kind, can be described via the music scene that is dominating the social media these days.  ‘Nguyeyelu (ንጉየየሉ)’, which roughly translates to 'let's make a run for it', a song directed by Fuad Alamin and performed by collaborative effort between Mihreteab Michael, Andit Okbay, Kiflom Yikealo, Haile Gezu, Luam Kiflom and the Chura Band, is a case in point.  The words of the songs come from the people whose plight the group is championing.  It probes:  AloKa'do men'esey (Are you there young man?), in order to inspire and unite the youth. The power of the meaningful words in their song cannot be underestimated.  The band’s power to deliver an avant-garde message to their audiences has become more significant than ever.

The sweet songs and heart-wrenching lyrics are becoming the most effective medium for the Chura Band, Yohannes Tikuabo, Hani Mihreteab and others  to convey their social and political messages to their hundreds of thousands young listeners all over the world who are seeking comfort and musical words of wisdom.  Their lyrics are all about feelings, memories, emotions and lost opportunities. They remind their audiences of important moments in their lives – wasted youth, suppression of their basic rights, servitude and most of all, life in exile.

Suffice it to say, the various vocalists and bands are punching above their weight – one can see the number of views such songs are amassing every day.   On this occasion, however, it is important to point out the artists of the resistance songs are operating with meager resources.  Justice seeking Eritreans should rally behind them in order to breathe more life into their musical campaigns.