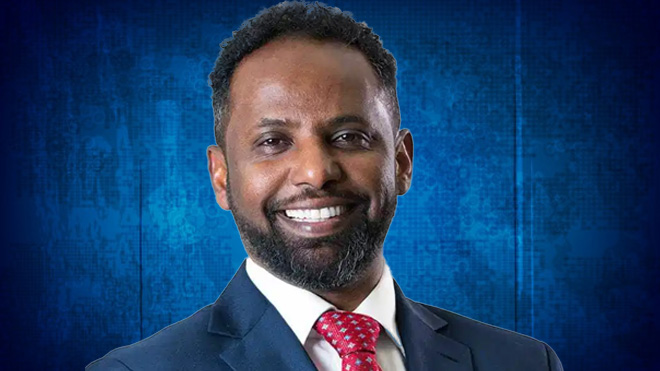 Ibrahim Omer’s story is one every Eritrean will appreciate.  He has just been elected as a Labour Party MP.

This is what the party said about him in the run-up to the election.

Ibrahim Omer is standing as a Labour candidate to represent communities who often struggle to have their voices heard. His experience spans fleeing his home country, being in a refugee camp, working as a minimum wage cleaner, graduating from university, and representing low paid workers as a union organizer.

Ibrahim’s wide personal experience makes him the real deal. He left his home country of Eritrea in 2003, making the dangerous border crossing to neighbouring Sudan. He spent years in UN-run refugee camps where he worked as an interpreter, until being detained on suspicion of being a spy. It was only when the UN stepped in that he was rescued and offered the chance to come to New Zealand.

He moved to Wellington where he worked as a cleaner and dreamt of studying at Victoria University. That dream came true in 2014 when he was promoted to cleaning supervisor. He paid for his study by working full time at nights, cleaning the university he attended.

Since becoming involved in politics at university, Ibrahim has taken every opportunity to work for a better tomorrow. He has chaired the board of ChangeMakers Resettlement Forum, been involved in governance for the Living Wage Movement, and knocked on hundreds of doors and made thousands of calls as a Labour volunteer.

Ibrahim wants to be in parliament to fight for people in the positions he has been in to have better opportunities for a decent life.”

He has also been profiled by Amnesty International 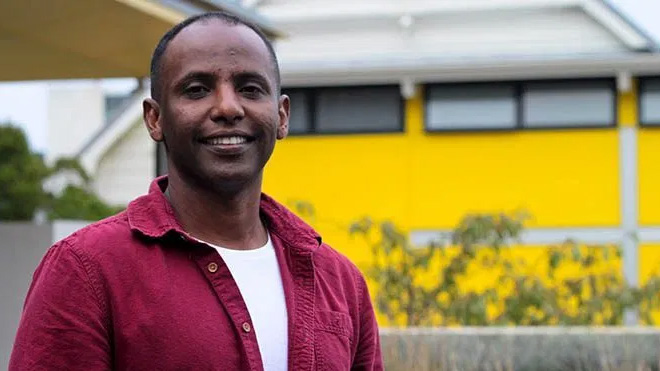 As a teenager, Ibrahim was forced to flee his home, escaping a repressive regime, the potential to end up a child soldier or face prison for refusing national service, which is both compulsory and endless.

“There was a shoot to kill policy on the border by the regime, I had very limited options, either to be shot, or get arrested and spend years in underground or metal shipping containers, or make it safe to Sudan,” said Ibrahim.

Speaking at the Public Hearing of Our Voices at Parliament on 15 February Ibrahim said he wanted to tell his story to give those listening some idea why people choose to leave their country, why millions of people take the deadly risks, why they put their loved ones in danger of drowning in the oceans, or falling prey to greedy human traffickers.

Ibrahim was lucky he made it to Sudan, but safety wasn’t guaranteed and he faced the very real prospect of being deported back to Eritrea until the UNHCR intervened and referred his case onto third countries for resettlement.

“It was at this crucial moment of my life New Zealand came asking for any special cases, luckily I got accepted, that was the day that changed my life. If it wasn’t for this wonderful country I would be languishing somewhere in an underground prison in a desert.”

“It was at this crucial moment of my life New Zealand came asking for any special cases, luckily I got accepted, that was the day that changed my life. If it wasn’t for this wonderful country I would be languishing somewhere in an underground prison in a desert,” said Ibrahim.

Today, he said he couldn’t be happier, couldn’t be more proud. As a third-year student at Victoria University, he is working hard to give back to the country that gave him a second chance.

But he also makes a special plea to the government of New Zealand: “As a former refugee who got the second chance in this beautiful country, I would like to add my voice to the thousands of Kiwis across the country who are calling on our Government to double the refugee quota.”