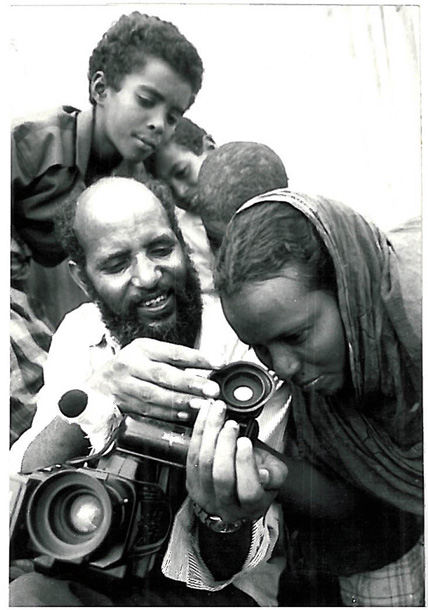 The International Day of the Disappeared, on August 30 of each year, is a day instituted to remember individuals imprisoned at places and under poor conditions unknown to their relatives and/or legal representatives.

Today gives us the opportunity to remember not only the victims but also those institutions and organizations that are working on behalf of the disappeared.

Asmarino.com remembers and honors the work of Amnesty International, Human Rights Watch, the International Committee of the Red Cross, the Office of the United Nations High Commissioner for Human Rights (OHCHR) and the various Eritrean organisations throughout the world. Again, today gives us the opportunity to highlight these institutions' work and increase public awareness.

On this day Asmarino.com remembers Seyoum Tsehaye, a former Eritrean freedom fighter who has been detained incommunicado since Sep 2001. We realize that it is not only Seyoum who is affected by this tragedy; friends and family of Seyoum and his own community are also affected. Most of all, the country for which he had given his youth to liberate it from the enemy is also affected by his unjust detention.

Eritrean local journalists stated that Seyoum was arrested for speaking out against the suppression of press freedom in Eritrea.

Here is an excerpt from an interview Seyoum gave Keste-Debena, a private newspaper that has been banned by the regime since 2001.

Here Seyoum talks about his memories of the day Eritrea was liberated on 24 May 1991.

“I never forget that very day Eritrea was liberated. We, as a nation, have celebrated it for the tenth time today, and yet it feels as if it was yesterday we rolled in Asmara. I have all that in my head. I play it in my head all the time.

At 07:00 we arrived at the hills of Embeito, 20 km away from Asmara. All the fighters wanted to go in straight into Asmara as soon as possible for they feared the enemy was going to take it out on them. But our military leaders instructed us to wait a little longer. They considered the possibility of the Ethiopian soldiers pulling out because they knew they were being surrounded.

It was 9:00,10:00 and we still were prohibited from advancing.  We were in a hurry to take Asmara. We could see the city from where we were positioned. No one was out there; there was no movement in the outskirts of  the city whatsoever.

Then we saw one man running towards us from Godaif, the city perimeter. We thought he was out of his mind. But I thought I should meet this man – to listen to his story and take a few photographs of him.

All of a sudden the man sprayed us with water from the bottle he was holding – as a good omen, so to speak. He even sprayed my camera. The day was ‘Kidane-Mihret’, Covenant of Mercy, according to the local tradition.

The man said “what are you waiting for? The people are all hidden inside their homes afraid the Ethiopian soldiers would unleash their attacks on them any time. There is nothing to stop you now. Move on!” he said. The man is the current owner of Castello Restaurant.

We followed him into Asmara quietly. After that we reached Godaif. Again, there was no one out there … we proceeded to Blocco - the check-point. The city looked deserted.

Soon after, our military leaders instructed us that each of us to shoot a single shot in the air. And then I saw a woman and her child running towards us.  I never forget the moment when I saw people, literally, rolling on the ground with utter joy.

Gradually people came out in the streets – screaming with joy, dancing, ululating. The crowd grew into hundreds, thousands and more.

I remember that moment very well because I hated my role as a photographer,  I just wanted to join the crowd. Be one of them.  But somebody had to document that moment as history was being made.

I do not remember much as people carried me on their shoulders as they danced non-stop.  Fortunately I could click and click my camera from that elevated position – sitting and swaying on someone’s shoulders.  Before I knew it we were in city centre. Oh! I remember one thing clearly … my body was trembling uncontrollably; with joy, that is!

I do not remember going home for 4-5 days … we partied in the streets of Asmara without restraint. That is how much independence meant to us. And now on this 10th commemorative event my mind still goes back to that very first day we liberated Asmara. 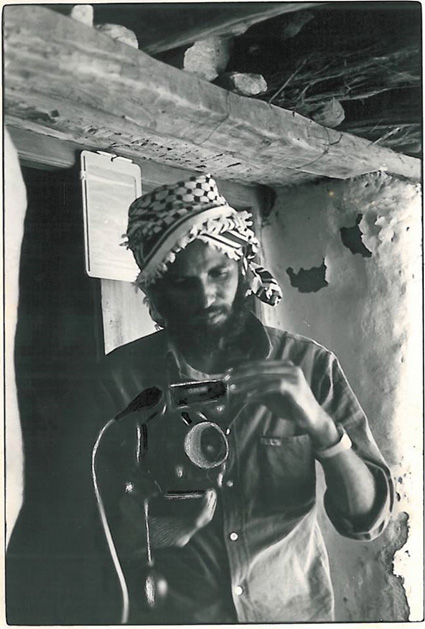 That was the last day Seyoum celebrated Eritrean independence – on 24 May 2001.

He had spent the last 19 independence celebrations alone, imprisoned in an undisclosed place

The International Convention for the Protection of All Persons from Enforced Disappearance, adopted by the UN General Assembly on 20 December 2006, also states that the widespread or systematic practice of enforced disappearances constitutes a crime against humanity.

Eritrean authorities have never accounted for the whereabouts, health, or legal status of Seyoum until now.